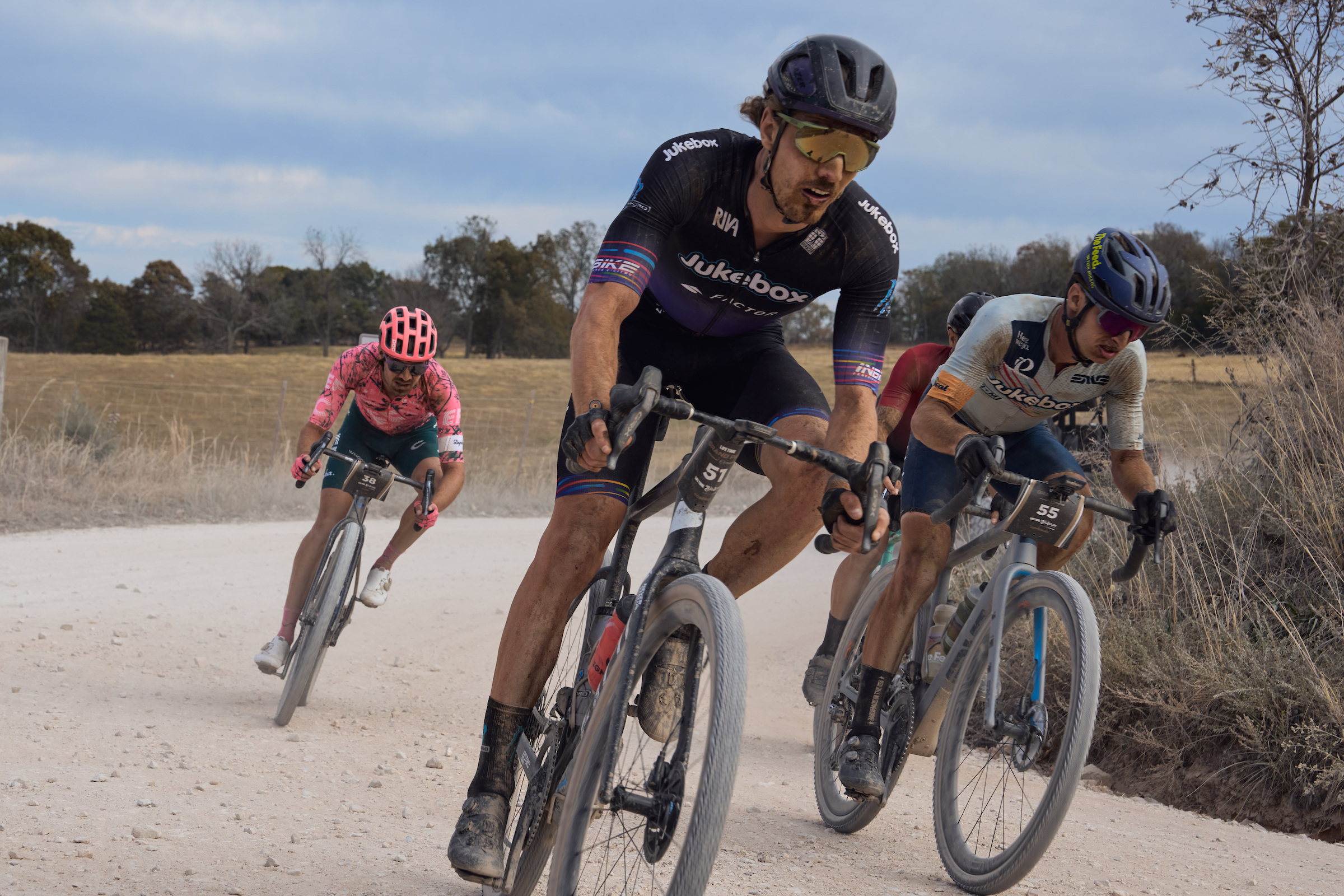 This weekend was the final race of the Life Time Grand Prix Series at Big Sugar Gravel in Bentonville, Arkansas, and the Jukebox squad was out in full force on the 104-mile course. From the start, Alexey Vermeulen and Adam Roberge battled it out with Keegan Swenson and Russell Finsterwald, along with 10 other top level riders in the series. Alexey was sitting in second in the series overall, but there were several riders just behind him who could easily have shook up the standings if they'd beaten him in the race. Adam was sitting back in 12th, and knew he could move way up in the standings if he repeated last year's winning performance at this race. In the end, Adam made it into 3rd place with Alexey finishing just behind in 4th. As a result, Adam moved into 7th in the standings while Alexey defended his second place finish. Here, Adam is sharing his race report:

Big Sugar is a race that starts before the race, a little bit like Unbound. You have to be careful and precise with equipment. So I made some changes before the race: I put some bigger tires and put a lot of sealant in them, so my wheels are pretty heavy right now with everything in them. The neutral start was really fast, despite being neutral. It was super windy even at 7:30am. So in the neutral, it was already like super spread out and groups were forming. You never know late in the season what people’s form looks like. But I feel like a lot of people were really committed to this race, I think because of the Grand Prix Series. This race could make people a lot of money or could cost them a lot. So I think that played a factor.

By the first gravel, we were already spread out, which was kind of good because it made it a little bit less bad for flats, because you could actually see where you were going. It was so fast. And it just never slowed down. You had to be careful of your line choice, but at least you could choose your line. Last year what happened is that if you could not choose your line in that gravel, you're just smashing rocks that are big as your fists, and exploding tires.

From the start, we never let off the gas. We just kept attacking each other. So there was always be a small group of three or four that were working well together in front and the group behind was chasing them. It made the dynamic of the race super fast, because we were always chasing each other. Something was always happening.

Some people had mechanicals, but most were luckily flats that people could quickly fix by letting them seal. I had a slow leak and finished the race with 15 PSI in one tire, but the sealant kept me moving and I never had to stop. Alexey had to stop to fill up his tire once, but it sealed so he could catch back up.

The hills on the course are steep, especially with the loose gravel. All of them are super hard because there’s no draft, and the gravel is so loose that you're barely going up. You could walk probably at the same speed. When it came down to me, Alexey, Russ and Keegan, I knew it was going to be really tactical and strategic until the finish. It made for a weird dynamic, because there was such a race within a race there. Russ and Keegan played it really well, if one was attacking, the other wouldn’t chase.  And honestly, Russ really deserved the win, the way he rode all day. It was actually really cool to see him take that.

For me, I knew if I did well in this race, I could really move up in the standings. Through the season, I wasn’t doing much math on the series points because I feel like it was too hard to predict. And after the first 3 races, I just thought I was out of it. But I was able to limit damage in the last couple races. Getting up from 12 to seven was a big jump—and even if I had won, I only could have moved to sixth. I was happy to be in it, and to make it into the top 10.