Adam Roberge on Recovering from a Tough Moment in a Race 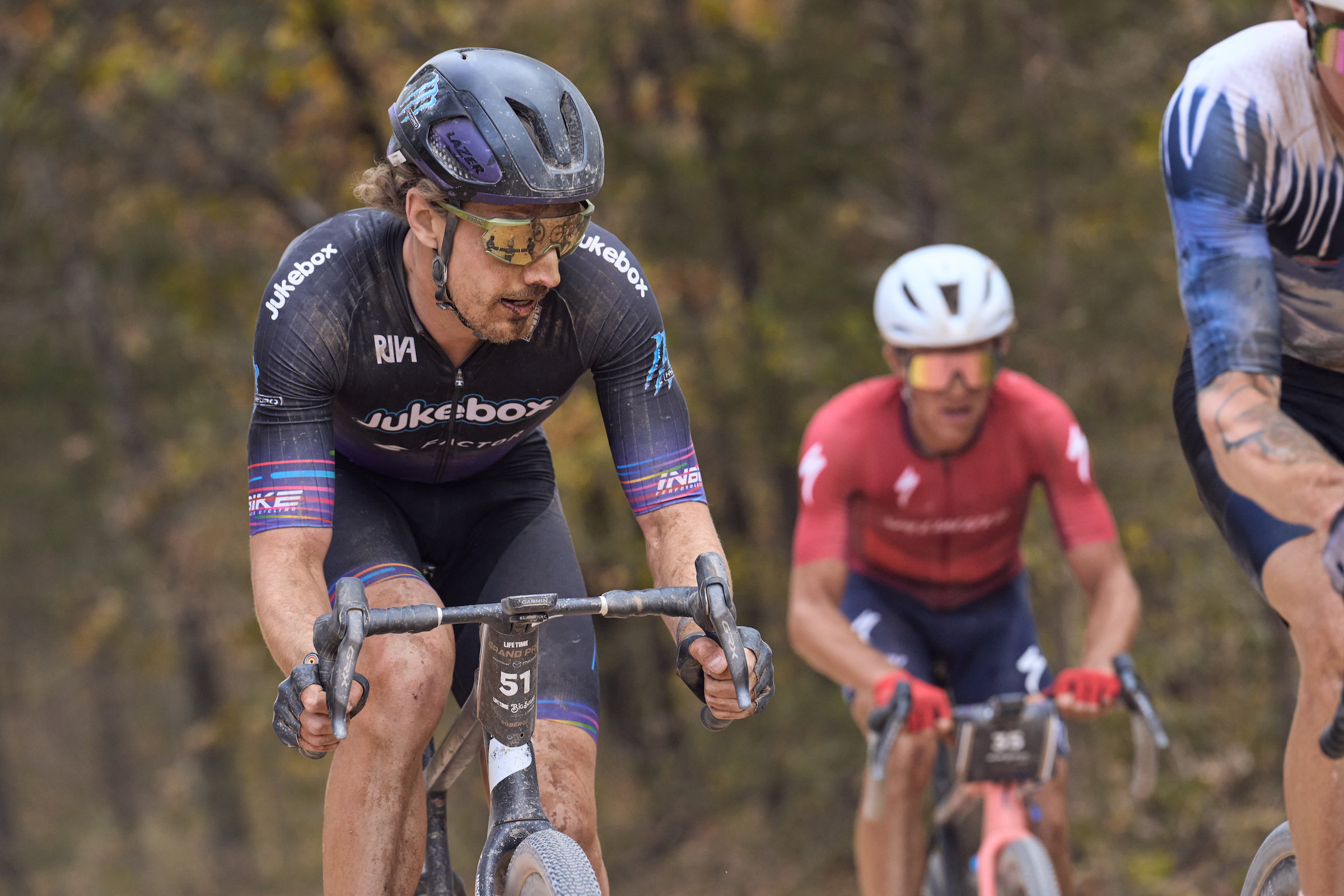 When a race doesn't go according to plan, it can be tempting to throw in the towel and hitch a ride home, or just soft pedal to the finish line. And in some cases, that's actually the best thing to do to save your legs for another race. But in some races, especially when you're taking part in a series like the Belgian Waffle Rides or the Life Time Grand Prix, you need to get to the finish if possible—and in order to stay in the running for overall spots, you need to do as well as possible, even if you've been stuck on the side of the road trying to fix a flat for 20 minutes. Here, Adam Roberge is sharing some of how advice for moving through those tough moments:

It's really hard. For example, at Unbound,  I had a bad flat about halfway through the race. That could have been really hard mentally, but I knew that this race is the kind of race where you're lucky if you don't flat—a flat is expected. So mentally, I was prepared for it. And it's easy to tell yourself, especially at Unbound, that a lot of people are going to have the same problem. And if you continue, you'll catch a lot of them. I had my TT bars, so I was confident that even if I was not in the group, I could come close to the same speed they're going.

For me, in that moment, I knew I wasn't likely going to get back to the front, but I also know that you never know. Up front, the riders can literally just be going pretty slow, looking at each other to see who's going to make a move, and if you're going all-out, you can actually bridge the gap.

That's what I try to keep going through my mind: It could happen. And at Unbound, I was feeling amazing. So that helps—it's easy to get bummed out about a mechanical, but if you're still feeling good, just do what you can.

However, it's not always easy. Leadville was different for me, in a bad way. I was just like, 'What are you doing?' I knew that I wasn't going very well, and that I had the Steamboat gravel race the next day. With that race coming up, it was hard to stay motivated. I knew that I wasn't in contention for a good position. I knew that race was literally going to take me nearly as long as Unbound despite being 100 miles less. And I knew that I have the second biggest gravel race to do right after. So that took a lot out of me. I spent the day justifying the need to finish because of the Life Time series in my head. It wasn't a fun experience, but I am proud of finishing.

I think the reason I can stay in any race despite what's happening is that we have this 400 kilometer race close to home in Quebec and it's a time trial that you complete by yourself. It's a great event. And for me, I feel like it really helped me to unlock a mental barrier. 400 kilometers is longer than Unbound, and I do that race alone. So I feel like having that in my back pocket, I know that I can do 400k by myself at this speed. Even if I'm by myself at Unbound, I don't really care.

When things go wrong, I like keeping the goal of doing what you can, finishing as well as you can, and letting go of the actual finishing position. It's not a matter of where I'm finishing at that point—it's a matter of finishing this this thing as fast as possible.