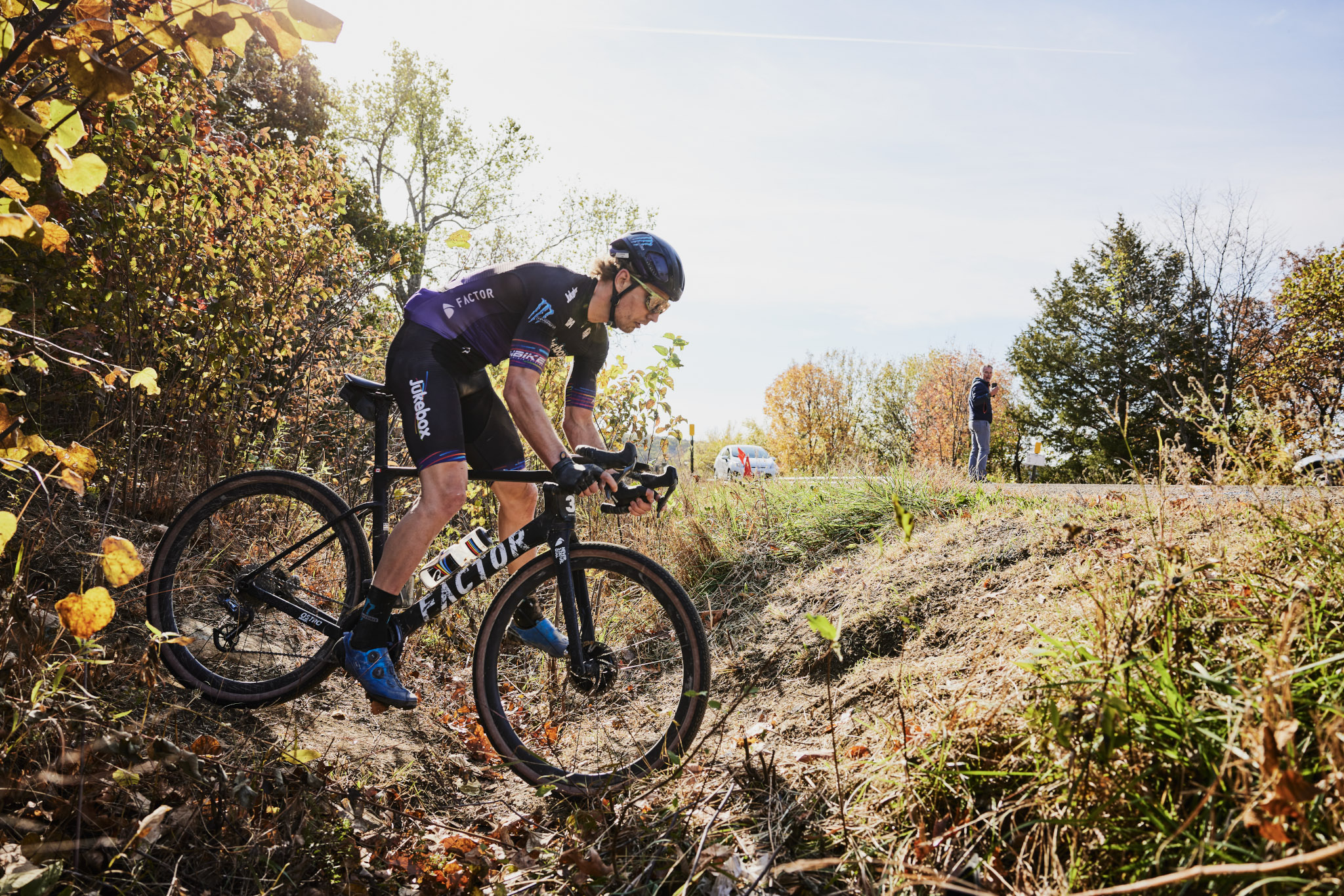 On Sunday, Adam Roberge took the win ahead of Peter Stetina and Griffin Easter in the final Belgian Waffle Ride of the season in Lawrence, Kansas. The skies were sunny and temps were chilly but mild on the dry and dusty 128-mile course. This is Adam's first BWR win after a lot of great finishes in the series.

"It was like any good race: It comes down to a little bit of luck, some good training, a good hydration and nutrition strategy. Actually, the nutrition is really the key element when you have a race this long," he said. "This course is so dynamic. There was so many technical sections. So it came down to being smart about what group I was in. It kept changing and shifting early in the race, so it came down to staying calm and confident in the situation, and knowing that I would figure it out."

Early in the race, Adam and racer Brennan Wertz (who eventually finished fourth) found themselves alone and chasing to catch up to the race leaders. "It really did burn me out: I was cramping a lot then, but luckily got a second wind. Chasing with Brennan is always a very hard thing to do because he's so strong. We've worked together in that same situation in races before, and those moments are some of my biggest power numbers I've ever seen. You know that the lead group is going to come back when you're working with him, but it's not going to be easy."

Next up, Adam heads to Arkansas for Big Sugar, as the defending champion, to finish the Life TIme Grand Prix Series along with fellow Jukebox riders Alexey Vermeulen, Dylan Johnson and Ashton Lambie.