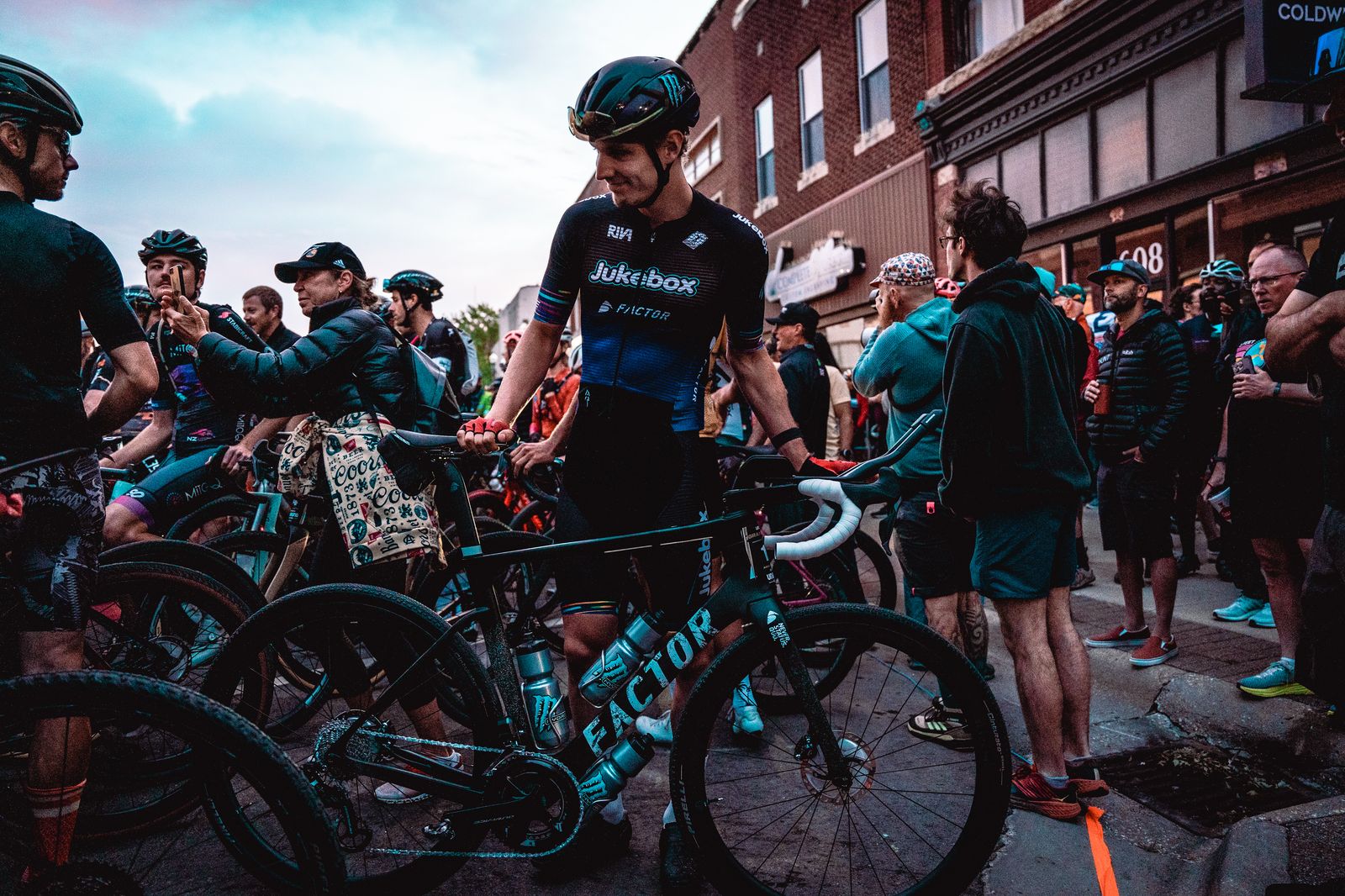 Unbound Gravel is perhaps the biggest, most important gravel race of the season. Four Jukebox racers, including Adam, were on the start line participating in the 200-mile edition of Unbound. Not only were they going for the win, Unbound is stop #2 of the 6-race Lifetime Grand Prix Series, so a lot was on the line. Adam finished tenth after an amazing ride despite flats, and that finish moves him into 7th place in the overall Lifetime Grand Prix standings.

Here's how his race went down:

When we started, everything was going perfectly, I was feeling actually better than ever! I entered the first checkpoint with a group of about 25: the elite group was 25 deep even that far in! But then after the first checkpoint, on the pretty much the first rough gravel road we had of the day, at about 160 kilometers in, I flatted.

I stopped and it took me a one minute and a half to repair that flat and I thought I was okay. But when I got back on the bike, my my tire was flat again! I realized that it was a double hole in the tires. So I had one hole at one side of the tire and another hole in the bottom of the tire. So I had to stop again and plug both. It took me all around five minutes, I checked that on Strava after the race!

Once I was rolling, I had a big gap to make up to get to the lead group, and I was about the 25th on the road. I just rolled by myself for 170k until the finish. I kept catching guys: I was in full time trial mode. It was perfect conditions for me, I love the rain. So, even with the flat, I was able to catch a bunch of guys and eventually finish in tenth.

It's hard to accept because in the last 170k, I rolled everything by myself and I only lost three minutes or five minutes to the winning group. So I feel like I had the legs to stay in that group and sprint for to win. It’s tough: I'm happy with my performance. But it's hard to accept the result. That said, flatting is just part of Unbound. Flats and Unbound go together.