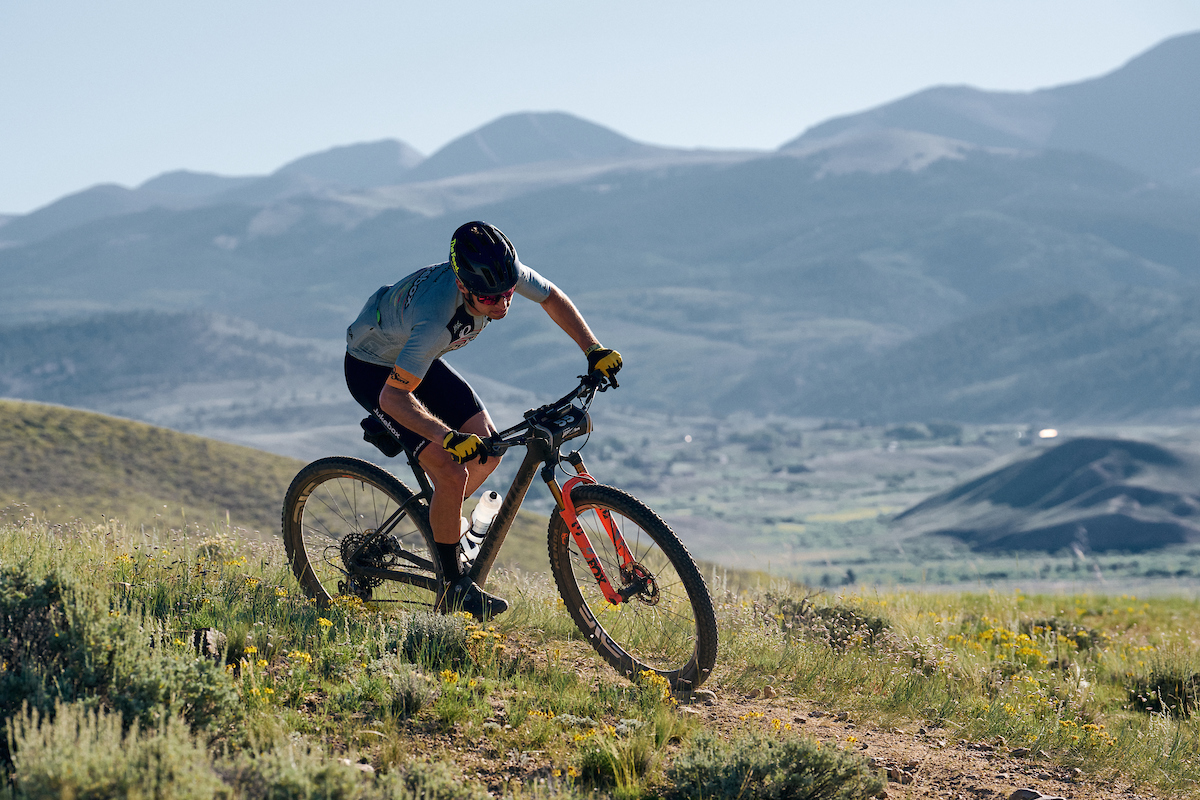 Alexey Vermeulen has never had a traditional pro Leadville experience. The two times he’s raced the 100-mile course in Leadville at high altitude, he’s also been juggling his pro racing with his big project, From the Ground Up, which helps normal people go from off-bike to racing at 10,000 feet. This year went better than anyone could have imagined: He finished fourth, in a time of 6:17:01, a result that keeps him sitting in third in the Lifetime Grand Prix standings, behind Leadville winner Keegan Swenson and just two points behind Cole Patton. And two days later, he’s feeling almost back to normal, and ready for the next adventure: A week of riding in Finland. Here, we caught up with him to get the full race report.

How are you feeling, recovery-wise?

Not bad. It’s sort of like a normal, very hard day of training. It's a six hour day, unlike something like Unbound where you’re struggling to get in enough nutrition and catch up on that. Other than the fact that it's a very hard race at 10,000 feet, recovery is very normal. And arguably, the altitude being 10,000 feet actually keeps you from going too deep.

How did the race play out for you?

We started pretty fast from the gun. There are a few key climbs: St. Kevin's, Sugarloaf, Columbine and Powerline. Last year, Sugarloaf, the second climb, was where it started breaking up, and the first time we went up this time, we probably had less than 20 guys at the top. And that's less than 10 miles in! Then, you hit a road descent after a single track section. Everything kind of regrouped and we were back to a big group of 30 or so guys. We had another climb, and when we started descending, it was full on race mode. Everybody was risking it for the biscuit.

There were a ton of flats, and some of the big names were flatting out of the lead group. By the bottom, we had a group of five up the road, and I was in a group of four. We got back to them before the first feed. It kind of regrouped again before Columbine, which is the big climb far along in the course. I just like told myself, 'focus on what you can do' and was second wheel. Keegan started doing his thing, and when I looked back, it was just him, Howard Grotts and I. About three miles from the top, Keegan dropped us and Howard dropped me. But after the descent over that, we regrouped a bit, and John Gaston and Cole Patton got on as well, but Keegan stayed up ahead.

With about 25 miles to go, I decided I wanted to throw all the chips in and went pretty hard up the Powerline climb on the way back, grew a little bit of a gap. So I was in second, Howard's in third and John was in fourth. We all came together at the top of Sugarloaf on the way back with about 20 miles to go. But then, I came off of the group, and we all just sort of rode our own way to the finish. I think in the results, we’re all within a minute of the next guy, except Keegan, who was about 15 minutes ahead.

How do you feel about that result?

I was very happy! Going into the race, I knew I wanted to finish top five. Of course, once you're in the race and you can see third ahead of you finishing, it's not very fun and of course, you want to think about what you could have done differently. But really, I'm proud. I executed the race well and all the little things went well, especially with From the Ground Up happening in the background. But it's hard when you're there, to not finish on the podium.

You were active in the race early on—was that always the strategy?

I always felt good and rode according to that. This is a good race for me: I did a good altitude camp to prepare, and I felt ready. The only time I started to limit myself was on Columbine. The first time, I was okay. But the second time, I knew I needed to tone it down a bit, leave something for later. You just you have to be honest with yourself. You have to know when you can push and when you need to recover, but at the same time, you do need to be tactical about it. You want to know when road sections are coming up, since those are where riding with a group can make a huge difference. There was one point where we were able to close 8 minutes on Keegan because we had a strong group in a long road section. So when I know something like that it coming up, I might push a bit harder than I’d prefer to stay with the group.

What did you do as far as altitude camps?

I did about three weeks at a little over 8500 feet in Gold Hill, Colorado. It’s close to Boulder but about 3000 feet higher. It was super simple, I just stayed with a friend up there. I did have to leave to go to Europe to watch my girlfriend race in the Commonwealth Games, which probably wasn’t ideal from a physical standpoint but it was really great emotional. I felt way better than last year, just being adapted to the altitude a bit more. Not many people are adapted to Leadville since it’s so high, but being adapted to something a bit lower can be really helpful. There’s a fine line: If you spend too much time at Leadville’s altitude, that’s a lot of efforts being done at a high altitude, which can be tricky. Gold Hill was just right. That was something I’ve written down to remember for next year.

I’m always trying to figure out ways to be light without being too risky. I ran a hardtail with the dropper and the front tire had no sidewall protection, the back one had sidewall protection. I started with 17.5 front and 18.5 in the rear, but that would have changed from the heat and altitude, so it was probably closer to 21-23 by the end.

I used Skratch Super Fuel the whole time, with some gels and chews in there as well. The goal was like 100 grams of carbs an hour and I definitely missed that by a little bit. I had prepared, and I practiced with 130 grams an hour at a training ride coming into Leadville. But it is different in the race. At the end, I chose not to take one feed,  and I had to make up 20 grams that were in those bottles. That was a little harder to do with gels.

How did From the Ground Uo go?

It was awesome. It was so  nice coming into it this year, since we’ve done it once before so I had a better grasp on the day. It is stressful at times with how much you have to deal with the on yourself. But also nice to take away the pressure from me in a way. I didn't have to think about my race that much because there's so much else to think about. So it was fun. And it's always like being with a big family: I was cooking for 16 people both nights and I kind of enjoyed that. It's chaotic, but it's also fun. (Read more about From the Ground Up here!)

Do you think that pressure being off actually helps your performance?

The riders with From the Ground Up didn’t hit the time cuts, but it sounds like they’re pretty happy with their results. How was the finish for them?

I think they're stoked. They are very happy. Last year, our riders felt like they could have pushed harder, like they maybe under-paced. This year, we focused a lot more on just racing all-out to Twin Lakes, and then seeing what happened, which was a new strategy for everyone. So even though they got pulled, they felt like they had given it their absolute all. Looking at their heart rates, they really did do everything they could have. And that’s the goal.

Isn’t it interesting to realize the people finishing at the very back are working just as hard as the guys in the front, relatively speaking?

It makes you realize how hard Leadville is for everyone. We talked to some people after we went back to the finish line to see people who finished around that 12 hour mark. There are people who’ve raced Ironman and 100-mile running races, and they're like, ‘This is the hardest thing I've ever done.' And I think that's a testament to how hard Leadville is and how hard the cut offs are to make. People will train multiple years and not make it. Finding people who can finish isn’t the goal of the project. It’s helping people dream about what they might be able to accomplish if they put everything they can into training for five months.