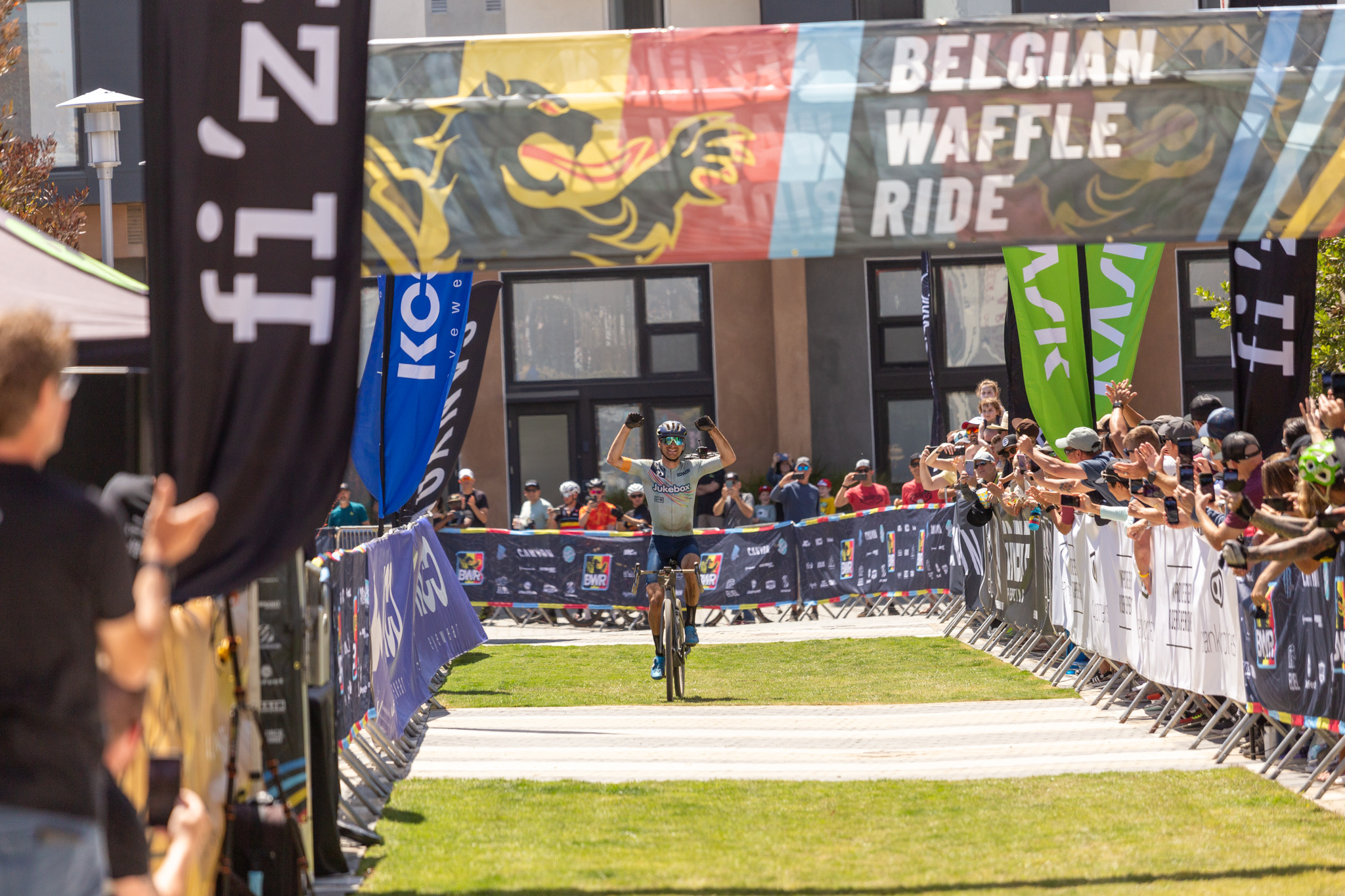 We caught up with Alexey Vermeulen after his big solo victory at the Belgian Waffle Ride San Diego, beating out Team EF's Alex Howes in the 136 mile race.

How were you feeling coming into the race?

The last two editions, I left a bit dismayed. I always thought this race was great for me, coming from a road background and having worked on my mountain bike skills, since it takes both of those together to make this race go well. In 2019, I flatted 11 miles in, in 2021, I flatted with only a few miles to go. So I wanted to take this race into my own hands as early as I could, and force people to be better than me if they were, and if something went wrong, I wanted to have enough time to fix it and keep moving.

Realistically, I knew I didn’t have the perfect race preparation thanks to the Bentonville camp we just held for From the Ground Up, but I knew my mindset was in the right place.

I knew I just had to do what I was capable of doing. And over 200 kilometers, that means eating and drinking appropriately, it means being relaxed and not stressed and knowing when to close gaps and when to let things go. It’s a game of saving energy and saving calories, and I think I was best at that yesterday.

Give us the breakdown of how the race played out!

The course is 136 miles long with 11000 feet of climbing. About two hours or so in, we hit Black Canyon, which is the big climb this year, a lot of braking bumps on it, so I figured I’d go to the front and hit hard tempo all the way up. So I went to the front in a group of 20 or so and just went hard, whittled the group down to five or six of us by the top before a big descent. Everyone calls that part the truck trail, and it would have been much more fun on a hardtail or full suspension mountain bike! But had a blast ripping down it like cyclocrossers. Got to the bottom of that, and it was three and a half hours home.

We had a group of seven, including myself and Alex Howes. We kept trading pulls–it was a  fun team time trial to to be a part of! After a while, I wanted to try to split the group again, so I went hard into another technical section. I didn’t know where people were, I just put in a move. It was about 45 miles to go, and I just went for it on this steep climb. I got a gap, but Alex Howes came back to me and we rolled for a bit together before he fell off the pace. It was a tense ride into the finish, just being nervous that something was going to go wrong in the last miles.

Did anything go wrong during the race?

The one fun part that happened was descending dirt singletrack after the final climb, I got absolutely obliterated by a jogger coming up. Full yard sale, glasses, Wahoo computer, everything all over the place. I talked to him for a second, tried to warn him other people would be coming.

How did the finish feel?

It was an amazing feeling to make it to that final downhill and coast towards the finish line. It was a great day, something that I’m just really happy for. It’s a race I’m really proud of, and hopefully it’s the start of a good year. In cycling, you don’t often get wins. You lose most of the time. So it’s really important to take in what you have and understand what it took to get there.

Read more about the race on VeloNews here

Check out the full results here