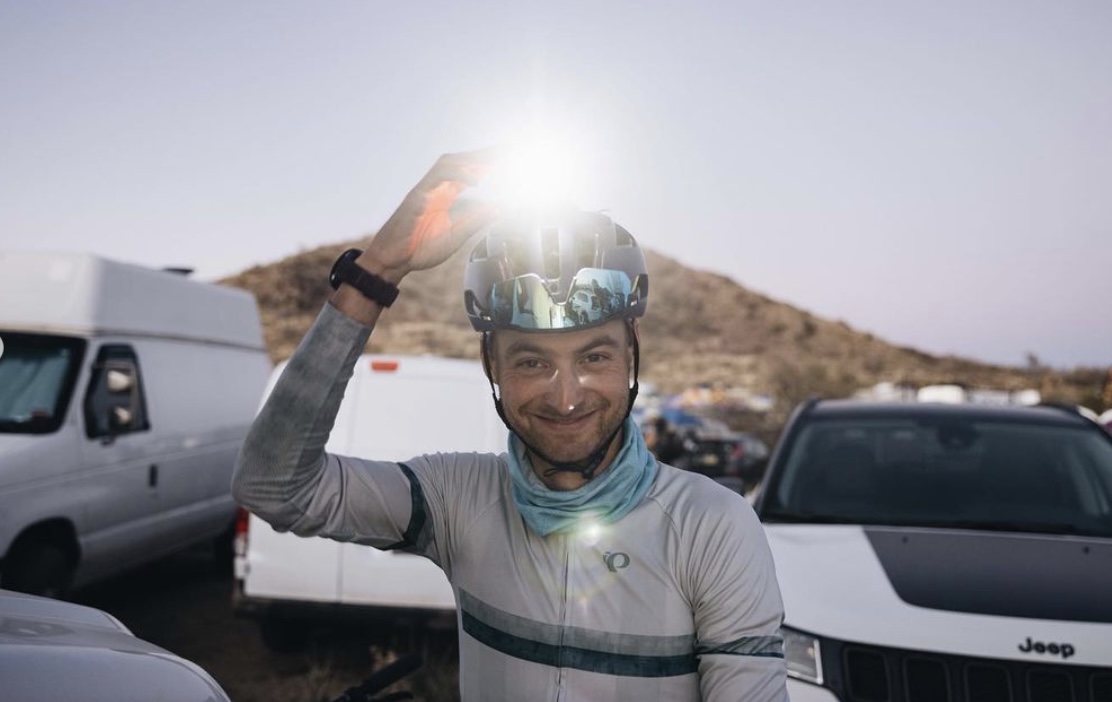 Jukebox Cycling’s Alexey Vermeulen wanted to get on a start line while having some fun before the season really began, so he headed to Tucson for the Epic Rides 24 Hours in the Old Pueblo,  one of the largest 24 Hour events in the world. He was part of a four-man team, though one of his teammates unfortunately was hit by a driver the week prior and was unable to start. But he, Aidin Baird and Todd Mion still had a great race, finishing mid-pack—and Alexey had the two fastest laps of the entire race, despite competitors like Keegan Swenson on the start line. Here, Alexey is sharing some advice for anyone doing a solo or relay 24-hour MTB race.

What Lists Should You Make Pre-Race?

We all know Alexey loves a good list-making session. For a race like this one, the lists started months ago and gradually progressed. "I have a lot of lists. There's a there's a big wide overview list for this race that includes big things that have to happen: you have to register for the race, you have to get the RV, you have to have the canned items you need for the food drive to get into the venue. Big things like that have to happen before race day. And then there are sub-lists that comes off of that. Like there's a list of all the items that need to be in the RV: you need pillows, you need blankets, you need a coffeemaker, you need silverware, plates, bowls, cups, coffee, lots of snacks. Then you have a bike packing list with things like bike chain lube, tools, chains, rotors, tire sealant, zip ties. Then, clothing packing list—how many pairs of shorts do you need so you don’t ride in a dirty, wet chamois?”

And of course, with COVID 19, there’s the COVID protocol list, which for this race included making sure everyone had proof of vaccination ready to go (which, thanks to Alexey’s list-making, wasn’t an issue… but they did need to do an emergency scan of the vaccine passport the night before because someone had almost forgotten!)

Choose the Right Night-Riding Light Setup for You

Alexey opted for both a helmet-mount and handlebar-mount light for this race, so he had optimal field of vision. The wide light came from the handlebars, while the helmet had a more focused beam so he could see exactly where he was going. “You don’t need the one with the most lumens, you need the one with a beam pattern that works well for what you’re doing,” he says. “And you need to know exactly what your runtime on the lights is going to be, especially if you’re doing a solo effort and going all night, not just one lap at a time. Test the runtime of your lights! It’s just like a computer battery, a car battery, or like a phone battery: the manufacturer can say it lasts X long, but they’re not necessarily accurate. When I get a new light, I will just set a timer and run it until it dies so I know the actual run time of that light. It sucks so much to be out with a dead light trying to just follow someone else. This stuff is hard enough during the day!”  (That’s also why he opts for two lights, so in the event one dies or breaks, he has a second source of light.)

If you’re doing a relay with friends, make sure everyone understands what the goal is. In this case, Alexey wanted some hard riding—he had the two fastest laps of the course—but racing to win wasn’t the plan. Everyone was welcome to go as hard or chill as they wanted, and one of his teammates even slept through the night. “Racing like this is obviously a very different vibe than I’m used to, but it’s really fun, as long as everyone remembers that it’s just for fun!” The hardest part? Getting started on his laps when his friends would come in… Not because he was tired, but because he wanted to hear all of their stories!

If you’re a serious racer, making time for these early season fun races is a huge confidence boost, and it calms down your reflexes for start lines, so when the season does come, you feel ready. “We have a long season, from March to October, so I know I don’t want to be going super well right now, but I do want to be feeling good and confident. Races like this are a good way to test everything out—the equipment, the setup, my packing lists, everything—so I do feel more confident for the first big races of the season. Right now, I’d say I have overall good feeling that things are moving in the right direction.”

Don’t Try to Pull the Cactus Out Yourself

That’s the big lesson from Old Pueblo: Get gloves, get a friend, and don’t try to treat a cactus-in-the-bum situation on your own.

…But what about Willie?

It turns out Willie the Wiener Dog was a big fan of 24 hour races, when a fancy RV is the home base. “He was like, 'Great, we have a new house, this is my perch, this is my bed, I can bark at everyone, it’s perfect.’ He's very lazy, but loved lounging in his backpack or on the turf in the sun.”