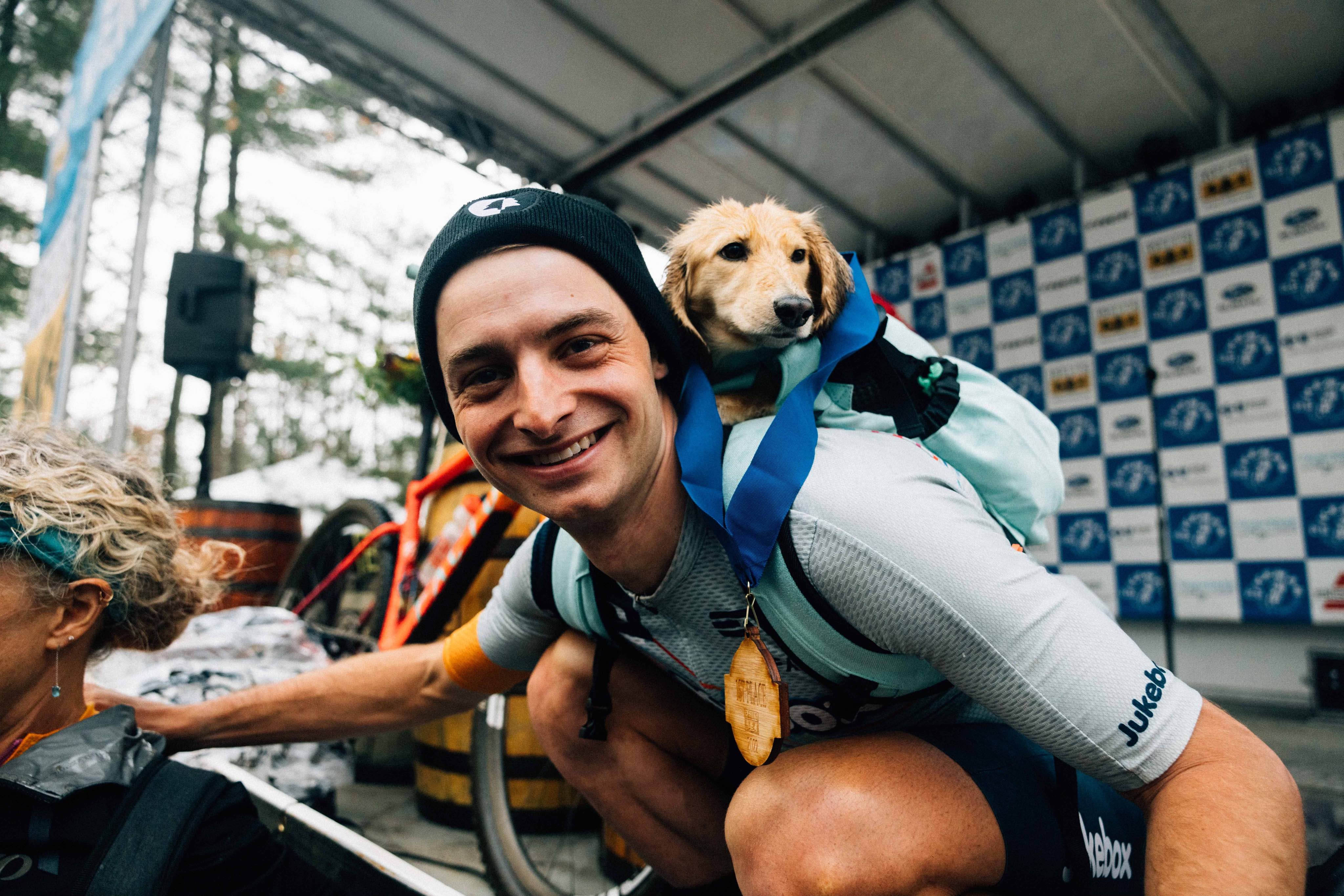 For the second time, Alexey Vermeulen took the win at Iceman Cometh—a race that's very close to his heart as an almost-hometown event. The 30 mile point-to-point mountain bike race is traditionally held on the 1st Saturday of November. That makes it the last race of the season for many riders—something Alexey is certainly happy about, after such a long year of racing!

We caught up with him after his win to hear how the race went, and how he plans to kick off the well-earned offseason:

I was quite nervous going into Iceman this year. Honestly, I knew my preparation hadn't been perfect with lots of traveling from Big Sugar in Arkansas to Girona in Spain for ENVE's gravel event there, then back to Colorado to pick up Willie [Alexey's mini-dachshund] before coming to Traverse City for Iceman. It's been a bit chaotic, but I always feel like I want to put on a show at home.

This was my ninth year doing Iceman. I know that it's a race where you have to save what you have for one big push. And then, when you make that move, you have to absolutely commit to it. And sometimes it works out. Last year, it didn't. We got caught in the final climb, and I finished fourth. Sometimes it works out and everything goes great—like it did in 2019 when I won the first time.

This year, the beginning of the race was super fast. We got a lot of rain, but it was honestly just sucked into the course and made everything better and tackier. Riley  Riley Amos and Brayden Johnson were out for blood from the beginning. I just tried to settle in, made a couple of small moves but kept trying to pull myself back.

With about 12k to go, there was this slight downhill and then a quick uphill that helps you hide. I was aware of that, so I went pretty hard up it. I was hoping to see some separation. I have to give a lot of credit to Brayden Johnson: He's just 19 years old and he came over the top of me. And I was like, 'Okay, here we go. Time to make this race happen.'

We rode together for probably the next 20 minutes or so. And then I just got lucky. He lost the wheel at the top of the climb with about 5k to go, and I just pushed as hard as I could to the finish.

It's always emotional to win in front of home crowd. It's always a blast to party with the Ice trophy [the Iceman trophy is literally made out of ice!) because you get to enjoy it for the night before it's all used up and melted the next morning. And honestly, it's just nice to end 2022 on a high note. I'm excited for some rest but very happy!

Video: Making the Switch from Pro Road Racing to XC in 'Choosing a Different Path'