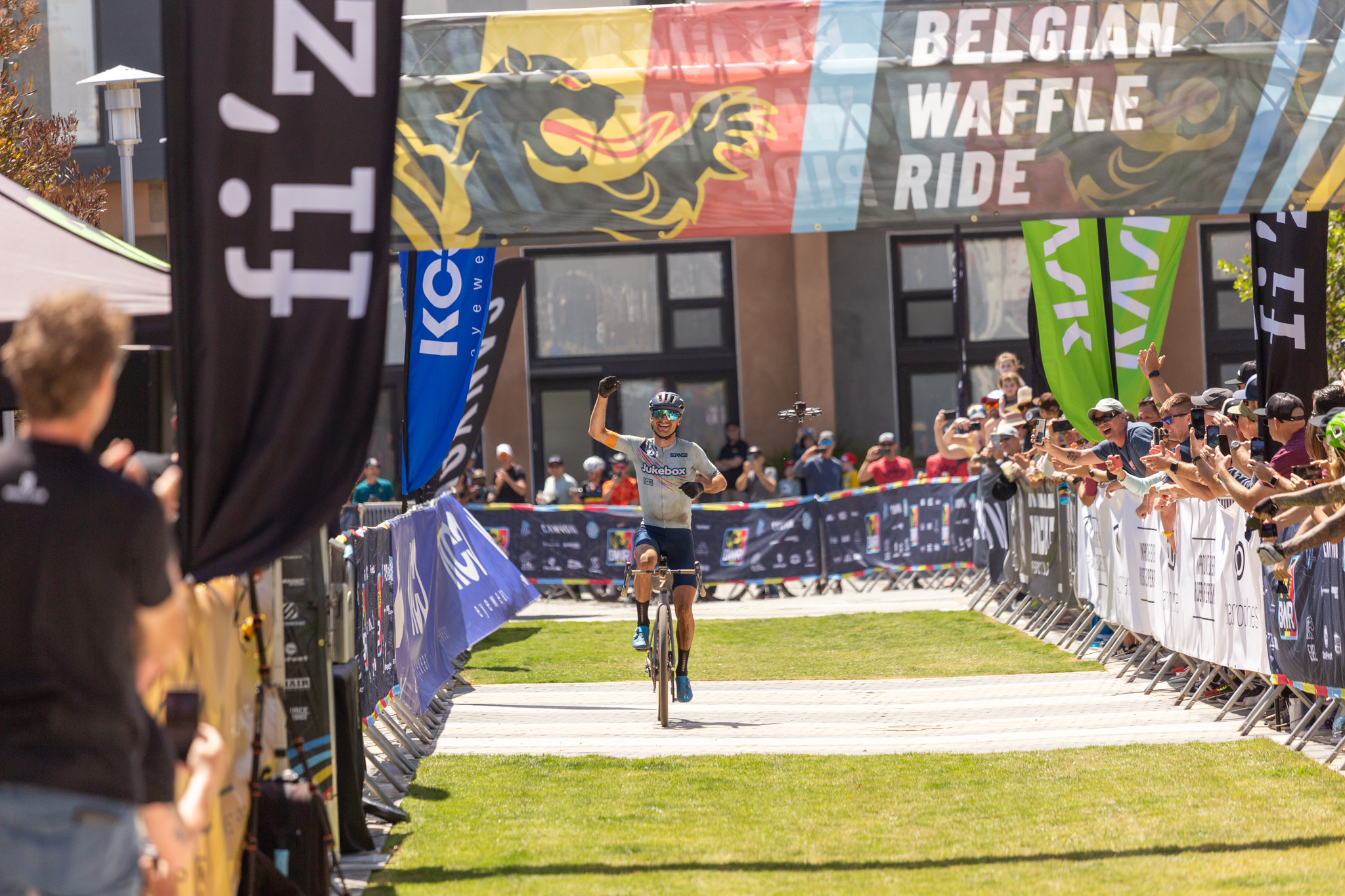 Cycling coach Lucas Wall of Develo Coaching has known Alexey Vermeulen since his earliest days of racing as a pre-teen, and he’s been coaching him for about that long as well! It’s rare in cycling that a pro stays with his childhood coach, but even when Alexey moved up to WorldTour level racing, he was still consulting with Lucas to tweak his prescribed team training to account for his specific needs. Now, the two work together to make sure that Alexey is race-ready for every gravel event on his schedule—without overdoing it. We chatted with Lucas to get some of his secrets to cycling success, and to find out what Alexey is really like as an athlete. This is part one of three in our interview!

How did you start working with Alexey?

My family and I had moved to Michigan, where Alexey is from. We got involved a local club and I started helping with the juniors and Alexey was one of the young riders in the club at that time. Then, he was going to Nationals, so we were working a bit on preparation, but he was still only 12 or 13 at the time, so it was pretty relaxed. Even then, though, he’d already done some other racing, skiing and triathlon. After that first Nationals, we started more formally working together because he clearly wanted to race. It's really just continued ever since, in one form or another. Even when he was on the WorldTour, I would be advising him alongside of his programing, just because I knew him really well. There would be things in his training that were good general ideas, but we already knew that that type of training doesn't work for you. So we would tweak that a little bit. Coming into races, there's some traditional training concepts that work really well for other people, but don’t work well for Alexey. And of course, we've continued to work together ever since, as he transitioned into this more mountain biking and gravel racing. It’s been an adventure.

You’ve been coaching him for 15 years—have you seen a lot of the sport science change?

I've always enjoyed the cycling because you get to continue to learn and it never stays the same. One of the things I really enjoy about the sport is there's just always more to learn and experience and figure out. Going through my coaching education, I think the one statement that really stood out for me is that if you're still doing the same thing in 10 years, you're doing it wrong. There are a lot of ways to coach and athletes are going to need different things at different times. So there's not one particular style that is going to be the right thing all the time. But if you are still doing exactly the same thing in 10 years, you can pretty much just assume you haven't learned, you haven't grown, you haven't adapted. At that point, you are doing something wrong.

What makes Alexey such a good racer?

I'll let a couple of secrets fly here: He's not the strongest physical athlete I've worked with. I've worked with other riders who are stronger in terms of  sprints, and watts per kilogram, and all those things. It's not just pure physical talent that makes him good. As a coach, I often assume that's what makes an athlete different. But Alexey pays attention and manages all the details. It shows up more now that he's racing as a privateer, but he’s always had that.

If an athlete asks me, 'how do I become a bike racer, how do I do this professionally?’ I tell them, ‘You are essentially running your own company, and you are the company. You'll have all these people that you work for. And you'll have to have all these business deals that you come up with. You've got to manage all that.' And you've got to create the deals, you got to look for the deals, you got to develop those, you have to communicate, you have to manage it all. You've got to have trusted people, whether it's coaches, mechanics, healthcare professionals, nutritionists… And Alexei does all that stuff really well. He’s always had a great business sense, and part of that is from his family. He’s always been comfortable with international racing, which is probably because his grandfather raced in Europe, his father is Canadian, and his mother worked internationally. So that never intimidated him. Being a CEO of his own cycling career is something that he is exceptional at doing. And I think if you look around at the big names in American cycling, you'll find that most of them have similar traits.

As an athlete, what does he do best is that he recovers super well. He loves super hard races. He loves stage races, because he tends to be the guy who performs continues to perform well, even as everyone else is getting tired. He may not come with the biggest numbers, but he's typically going to perform better late in the race compared to other riders.

How did you work with Alexey to transition from the road to the racing he’s doing now?

It was longer term than you might think. We had a couple of seasons where he was thinking about exiting road but didn’t want to leave cycling, so he started looking at mountain biking. I think one of the other features Alexey has is if he recognizes that he needs to learn something, then he he takes time and effort and figures out how to do that. He recognized really quickly with mountain biking that he would need to improve his technical skills. He put in a lot of time and effort and found skills coaches to work with. So he had already done the homework and didn't have to make the transition to gravel overnight. I think having pursued mountain biking after the road started to develop some of those skills that are key for gravel really well.

I don't think anybody would call Michigan like a cycling mecca of mountain biking, but we do have some nice trails. And if you start looking at some of the records that he's got locally, you realize, 'holy crud, that's pretty fast going down those trails.’ You just start to see that even though you might not have the most technical trails around here, his skill level is really high to be able to do those trails that fast. He can't just do those times by going fast on the straight sections there are. He's put in the work, and he's really developed some of those skills. Gravel racing has evolved that even more, and he's focused more on those skills now.

And when it comes to racing, Alexey has always prepared for races so well. He does his homework in terms of what to expect on the route, where things are, where the likely decision-making piece of the course will be. Schedule-wise, logistics-wise, reading about courses from previous years, seeing how they’ve changed in terms of route of conditions—he pays attention. The diligence and preparation that he's brought from years of racing help immensely.

It’s really similar to time trialing in some ways. People often assume you just get aero and go hard. And certainly, those are the most popular and flashy parts of time trialling. But a lot of it is practice and skill that goes into pacing and knowing where to put in efforts and doing the homework ahead of time, then being disciplined enough to execute those. And so he brings a lot of those skills from TT over to how he's prepared for gravel races.

Stay tuned for Parts Two and Three of this interview, with more tips for race prep, training, important metrics to pay attention to and so much more!