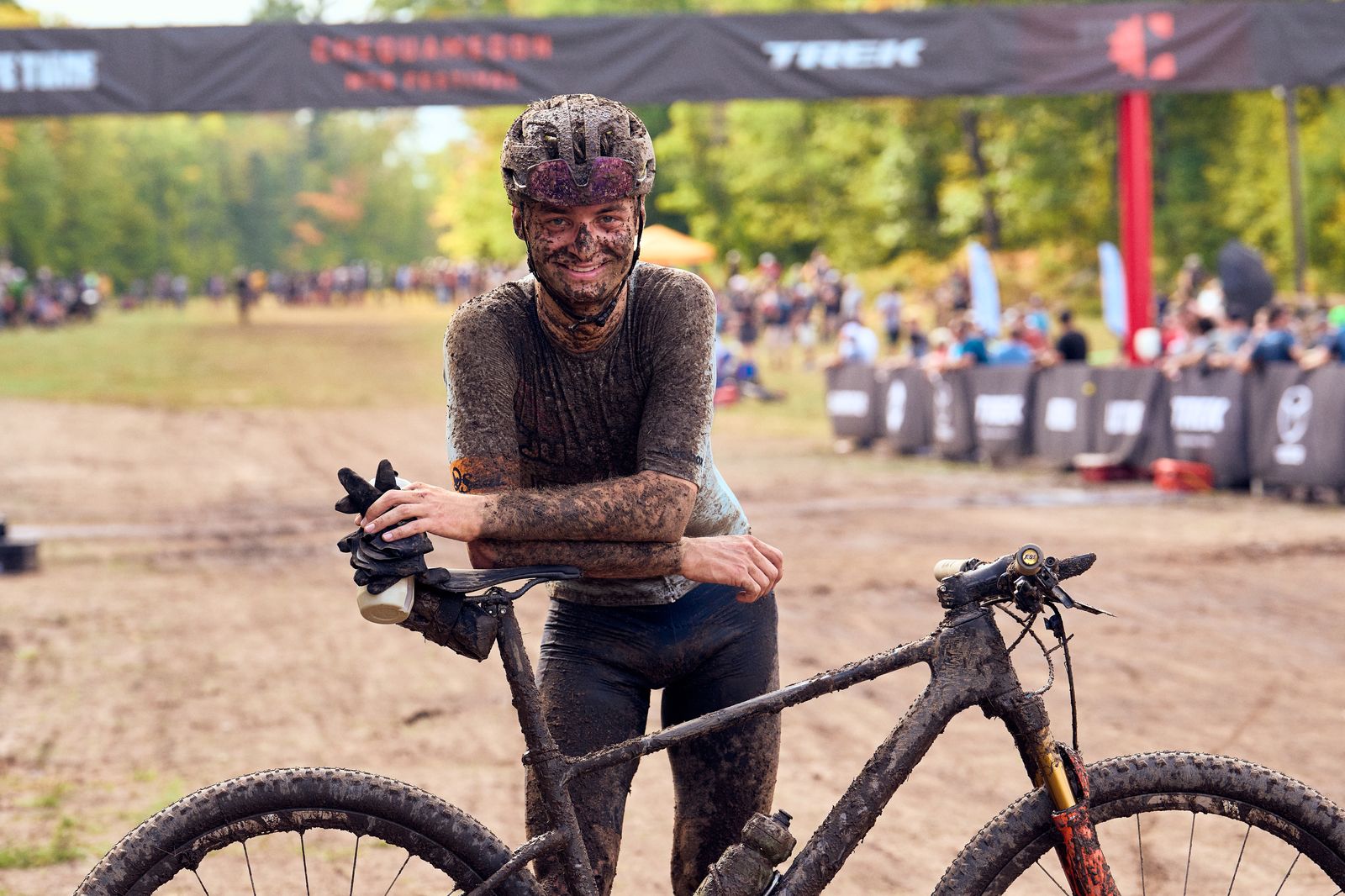 The fifth race in the Life Time Grand Prix Series happened in Wisconsin this weekend, and Alexey Vermeulen finished third, moving him into second overall in the series standings with only one race—Big Sugar—left on the calendar. We caught up with him to see how the race played out.

How were you feeling heading into the race?

I've raced Chequamegon 40 three times. I won the first time I did it, and was second last year behind Cole Patton. But this year was probably the most stacked field of the race has ever seen.

There was a lot of rain, right at the start. How did that change things?

Yeah, the conditions changed a lot from the days spent pre-riding the course. I think that was quite an eye-opener to people. We just got dumped on an hour before the start. And everything that had been drying fast became wet and greasy. Even pros were off their bikes running up the big hill.

How did the race play out for you?

Because it's only 40 miles, it's really fast normally. The first big climb that usually breaks up the field is Fire Tower. It's about a three minute climb, and then after that, you just have these rolling Wisconsin hills that are all on the grass and just zap all your energy. I went in trying to just be relaxed, but also not lose position, trying to stay in the top 10 the entire day, because I knew it was going to be a race that split at random moments. I started  pretty well, and going into that first climb, I just rolled my own pace. It was super muddy, so I just wanted to ride all the way up. The group split a little bit there and I kind of got lucky in the way that it came back together, but there were still four guys up the road.

Payson McElveen and Keegan Swenson, who are up the road, crashed into each other—rather, Payson crashed and Kegan crashed over him—and  then I ended up bridging the gap to them, then riding with Keegan and Bradyn Lange up to Riley Amos, who was in the front. Then four of us rode pretty much to the finish together.

But the last four miles is pretty crazy! Everyone needed to take massive amounts of space to make any turn, you'd come around to a bend and you'd be going 20 feet wide just to keep upright. Going into the final half mile or so, Kegan managed to get ahead in the mud and had a small gap, but then he ended up crashing. That reshuffled the entire deck. Bradyn came from behind and ended up winning the race, Riley was second and I was third while Kegan rolled over for fourth.

Were you happy with the result?

Yeah! I mean, honestly, it was just a lot of fun. It's a blast for me, racing mountain bikes in Wisconsin again. And it's the first race where it was just on from the beginning, such a sprint the whole way. And now, there's just one race to go in the Grand Prix. So I'm happy with how it went and now I can focus on Bentonville and Big Sugar.

Read more about the race here: