Ashton Lambie on Shifting from Track to Gravel in 2022 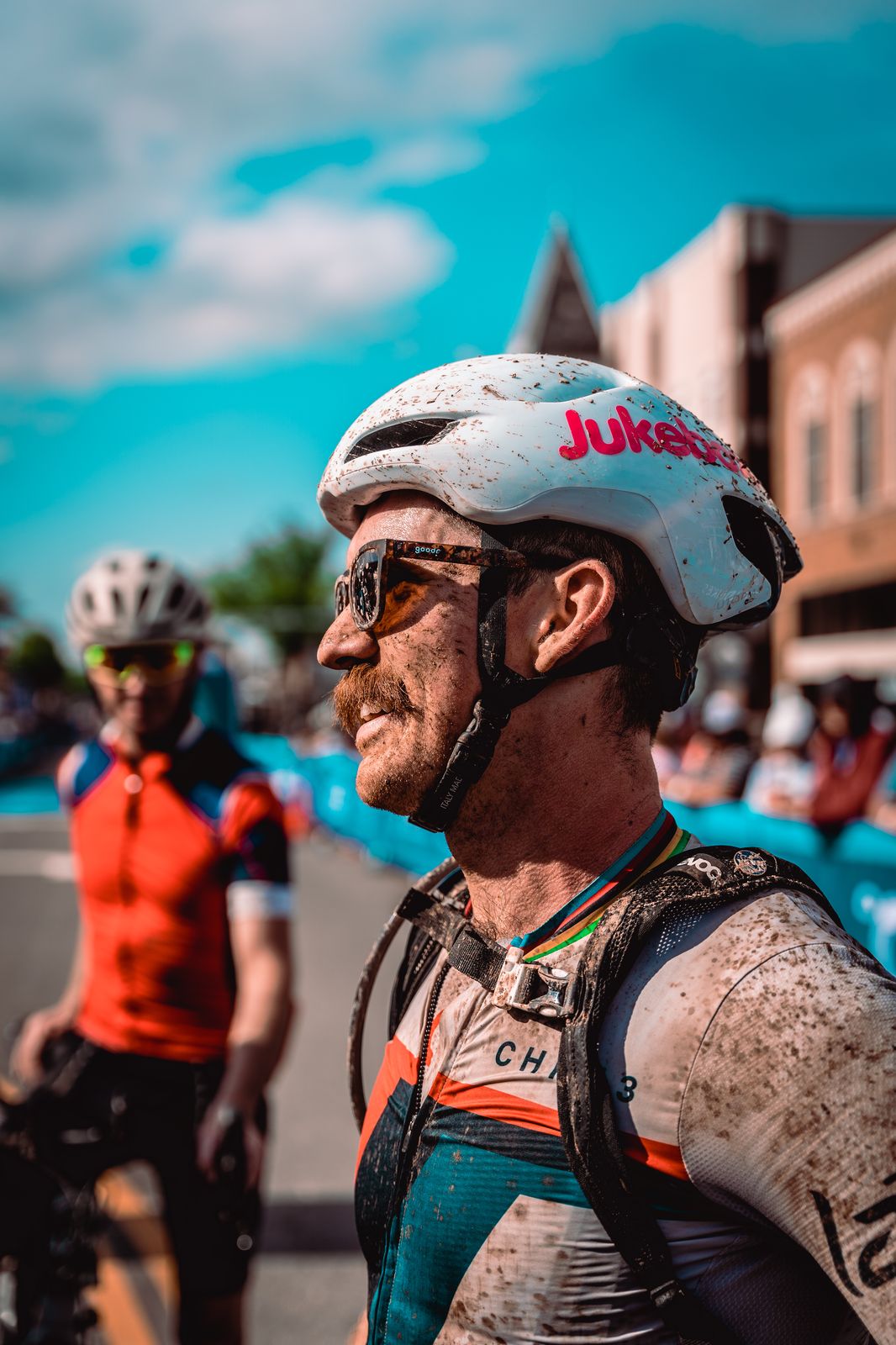 At Big Sugar last month, we sat down with all of the Jukebox gravel racers to talk about the season as a whole. For Ashton Lambie, the shift back to gravel from the track after a few years away was an adjustment. Going from a World record (4K in sub-4 minutes) and World Championship title in the same distance to 200-mile races in the heat of summer was something a little different. How has he found it so far?

How are you feeling about the season as a whole?

I'm in the offseason now, but I'll still be training. Finishing the whole Grand Prix was a pretty big goal. For me, that was a lot of races that really pushed me out of my comfort zone. I did my first ever mountain bike race! Looking at that progression over the course of the year is cool: Now, I'm enjoying mountain biking. There was so much new and different this season. There was also doing things that I haven't been able to do for the last few years with my focus on track. So getting back to Unbound and doing the full 200, doing like Gravel Worlds and racing some of those other longer events has been awesome. Doing Leadville was huge. I've wanted to do that for years. So I think having the capacity and bandwidth to make those events happen and still have fun but also push myself with new challenges... I feel really good about it. It was a fun season.

How did it feel reconfiguring  from the track, coming back to gravel—especially with the Lifetime series with such a wide variety of races?

Honestly, it was like a huge breath of fresh air. My training leading up to the world record in Mexico was pretty regimented, and pretty brutal. And between that and World Championships a month later, back in 2021, it was like, I just needed to needed a break from that. I was going pretty hard with this structured regimen and training and this very methodical approach. I needed something where I could be a bit more relaxed, even with longer training hours. So it's more like 'ride 5 hours today,' not '5 x 1-minutes at X power,' and 'Can you increase your wattage from last week?' Those are good intervals, but they're a little soul crushing if you do them for months and months. And so being able to dial that back a little bit and have less pressure, and just really focus on having adventures and having fun this year was amazing.

How do the track and gravel scenes compare to each other?

The vibe in the track scene is probably a little bit more tightknit. You go to track events and you're on that UCI or World Cup calendar, so you see the same group of guys every week, no matter where in the world you are. I remember we left a World Cup in Milton, Canada, and then it was like, 'Okay, we finished racing on Sunday, all the teams pack up. Everyone goes to the airport, we're all going to Chile for the next race the next weekend.' We're all doing the same thing, so naturally, you make friends. It's also kind of the same thing with the Grand Prix, but the season is a lot longer and the team dynamics are a bit different.

How was watching Track World Championships for you this year? Any FOMO?

It was a little FOMO, to be honest. I don't remember where I heard this quote, but I remember someone who's won Worlds before saying, ''winning the world championship was one of the hardest things I've ever done and letting it go was probably one of the easiest things I've ever done.' And I feel the same way. It was a conscious decision. I think having inertia is probably one of the hardest things to overcome, where it's just like, 'I'm gonna keep doing this thing just because I've already banked up all this time doing it and I'm adequate at it.' To stop that inertia and totally move in a different direction is hard. But it was also a conscious decision I made. It was my decision, it was in my control, and I'm very comfortable with someone else having the rainbow jersey and the record. Sure, I'm a little bummed about it. But I made that decision.

How did you come to that decision? Was it thinking about training for another year in that same way?

I was just ready for something different. I don't get the appeal of doing the same thing repeatedly. Before 2021, I've always wanted a world championship. I've always wanted a world record. And to have the world record, to go sub four minutes, that was everything I wanted. And I think crossing the line in Roubaix last year was just this incredible sense of satisfaction that I've never felt before. It was everything I wanted to do in this sport.

How did it feel right after that win? Did you struggle to figure out what was next?

I took some time off and just enjoyed it for a little bit. Luckily, I had a lot going on in my life outside of cycling at that point: I was moving to Houston with my partner, and that was a natural reason take time off as we handled the move. And then the Grand Prix was materializing at that time, too. So I was just thinking about how it was a bunch of races that I've always really wanted to do. I didn't know if I would do very well at them. I knew they were going to be hard. It would be different. And it sounded pretty exciting. The first overarching series of American gravel racing was something I really wanted to support and I felt quite strongly about it. So I've been really excited to be able to be a part of that, even if I'm not on the front of the pack. It's still fun. So having that to start planning for pretty quickly really helped the transition.