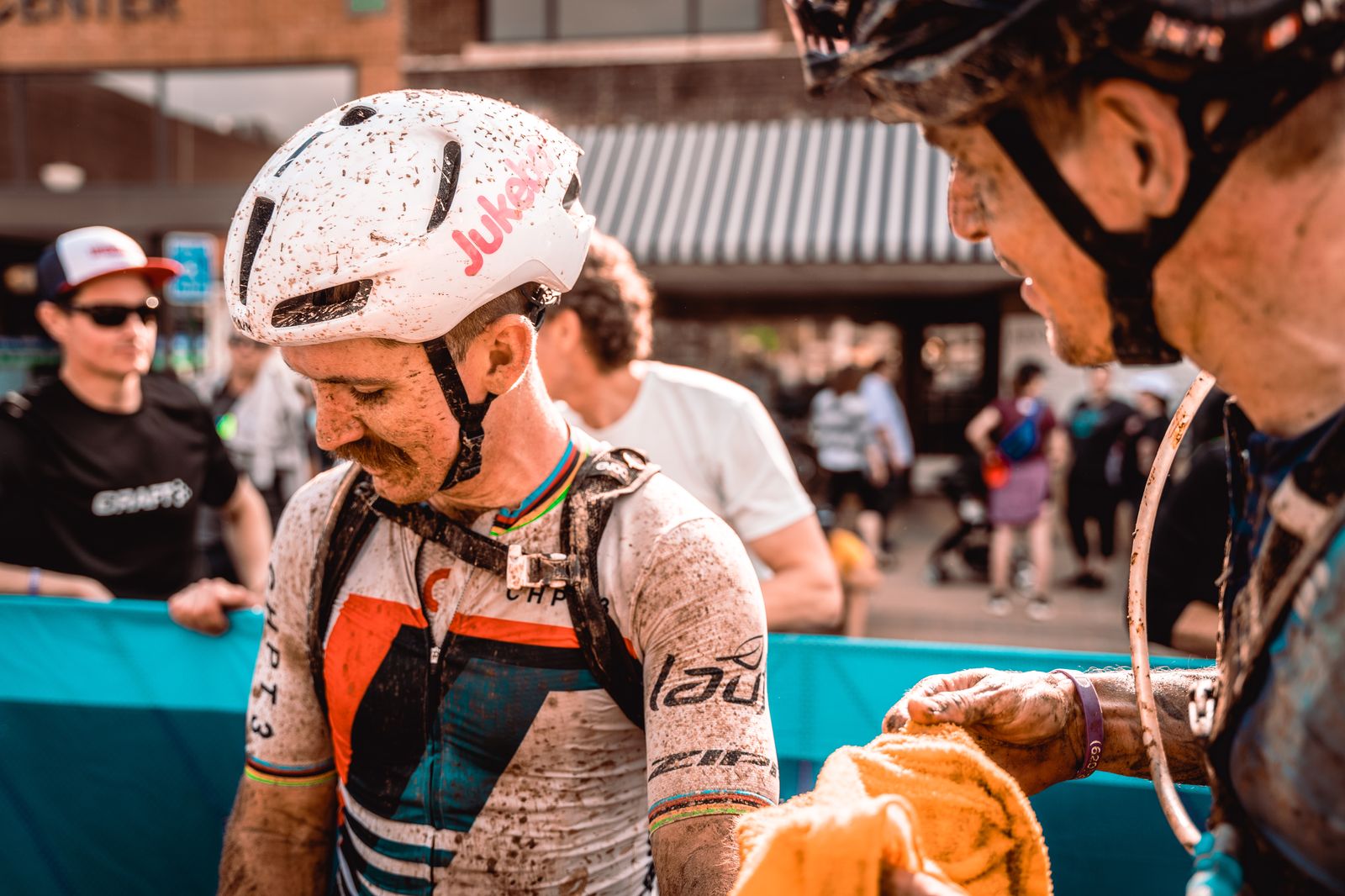 Unbound Gravel is perhaps the biggest, most important gravel race of the season. Four Jukebox racers, including Ashton, were on the start line participating in the 200-mile edition of Unbound. Not only were they going for the win, Unbound is stop #2 of the 6-race Lifetime Grand Prix Series, so a lot was on the line. Ashton finished in 11:23 after a super fun ride, and that finish moves him into 22nd place in the overall Lifetime Grand Prix standings.

Here’s how his race went:

It went really well! I ended up with the front group just for a little bit and then decided to taper back and just have a great day out on the bike and make sure I could finish 200 miles… It's been a very long time since I did that! So I was pretty excited to finish there in 12 hours with the rain and in the mud.

The group I was with had to get off and walk through the second mud section out of Madison, but everything worked super well. Shockingly, no flats, no other mechanicals and no crashes… So I felt really good about it and had a blast. I can't wait for more gravel the rest of the year. I’m excited to get back into it!