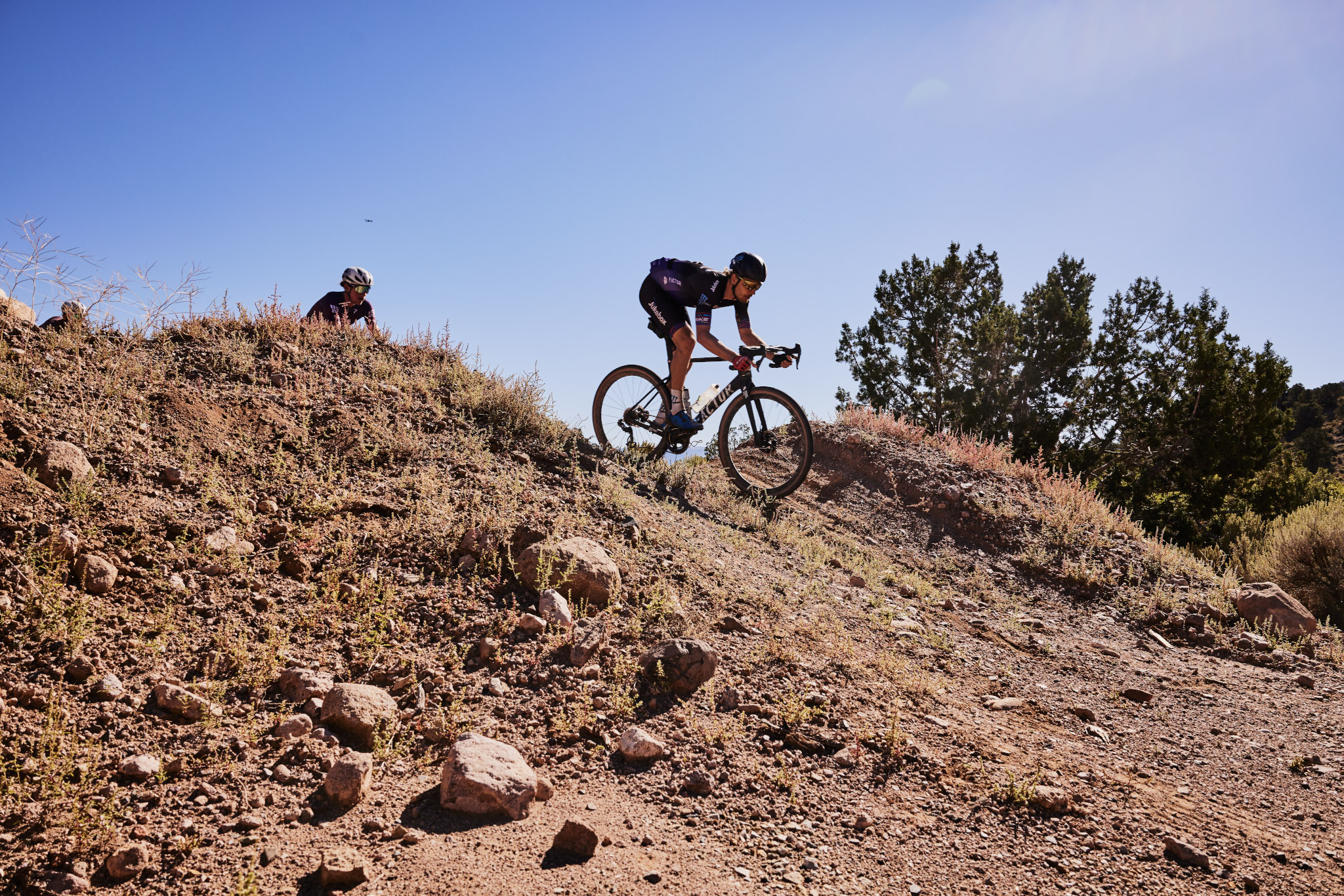 Adam Roberge has had a tough year with crashes and COVID before finally winning at Gravel Worlds in August. And this weekend, he scored fourth place at Belgian Waffle Ride Utah in an incredibly stacked field. Here, he filled us in on how the race went:

How was the course?

I think this course is the definition of a perfect gravel course.I think you really need to be gravel specialists to do well there, because it's so long at 210 kilometers. But it's also very technical. So you cannot come from just riding road, I think, and really enjoy your time there. But at the same time, the technical aspect of it is not mountain bike-suited. It's not like single track, it's really all pretty much double track, but double track that are really sandy, really rocky, and also really dangerous. So you really have to always, always focus.

How did the start play out?

We started pretty early in perfect weather, actually: it was not too cold in the morning, it was approximately 65 degrees F. So we started, and I was really hoping to try my way into the early break, because I know the way the course is built. There's a very big climb at the end. So it suits climbers, so it's very good for both Griffin Easter and Pete Stetina. I was trying to make them the race hard, trying to have an early start. So that's what I did. I was in a very good group of about 11 riders, off the front, and I was thinking it would be the break of the day. But finally those guys made their way back. I think once they knew who was in that front group, really they did everything to catch us back. So they were able to catch us back not too long after.

How did the technical sections go?

On every technical section, it would separate the group. And every time, all of those top guys would come back on that easier gravel. But when you get dropped on the on the hard and technical sections, you just get more and more tired every time. So the group was naturally shedding riders. And then I thought about I would say 160k. So 40k from the finish, you have a very technical section. That's also double track, but really, really rugged double track. And then it was just Griffin Easter, myself and Peter Stetina for a while. So we rolled together well, but a couple of riders were able to come back because with the big climb coming, we all wanted to save our legs. So that gave them a chance to catch back up.

And heading into that big climb, how did it all play out?

So at the start of that big climb, we were seven riders. So that's pretty much where the race was then. And by the top, it was just Pete, Griffin, Brennan Wertz and I. But at that time, to my surprise, I was not feeling that good. I thought I would be able to push through, but on the single track after the hill, I was really on the verge of cramping and I'm not too happy about that.

How did you handle the almost-cramping?

It's happened before, unfortunately, and I think it played in my head a little bit and because of it, I was maybe a little bit too careful. So when I let Brandon get a gap on me on that single track, it was because I was really trying to avoid cramping, even though I felt like my technique was there. And at the at the end of that single track, actually, I was feeling very good. So I was able to ride my way into fourth place.

A day later, how are you feeling?

Looking back on it, I'm kind of disappointed. I think I could have pushed maybe the limit a little bit more, pushed through the cramp and tested my limit a little bit more and at least tried to stay with Brendon to race for the third place. Overall, I'm happy with the way I raced: I was pretty much always first or second into every technical sector. I was riding very well, very flowy. But I made maybe a conservative error on the last single track for third place. But I don't think first and second was possible for me that day. Next time!