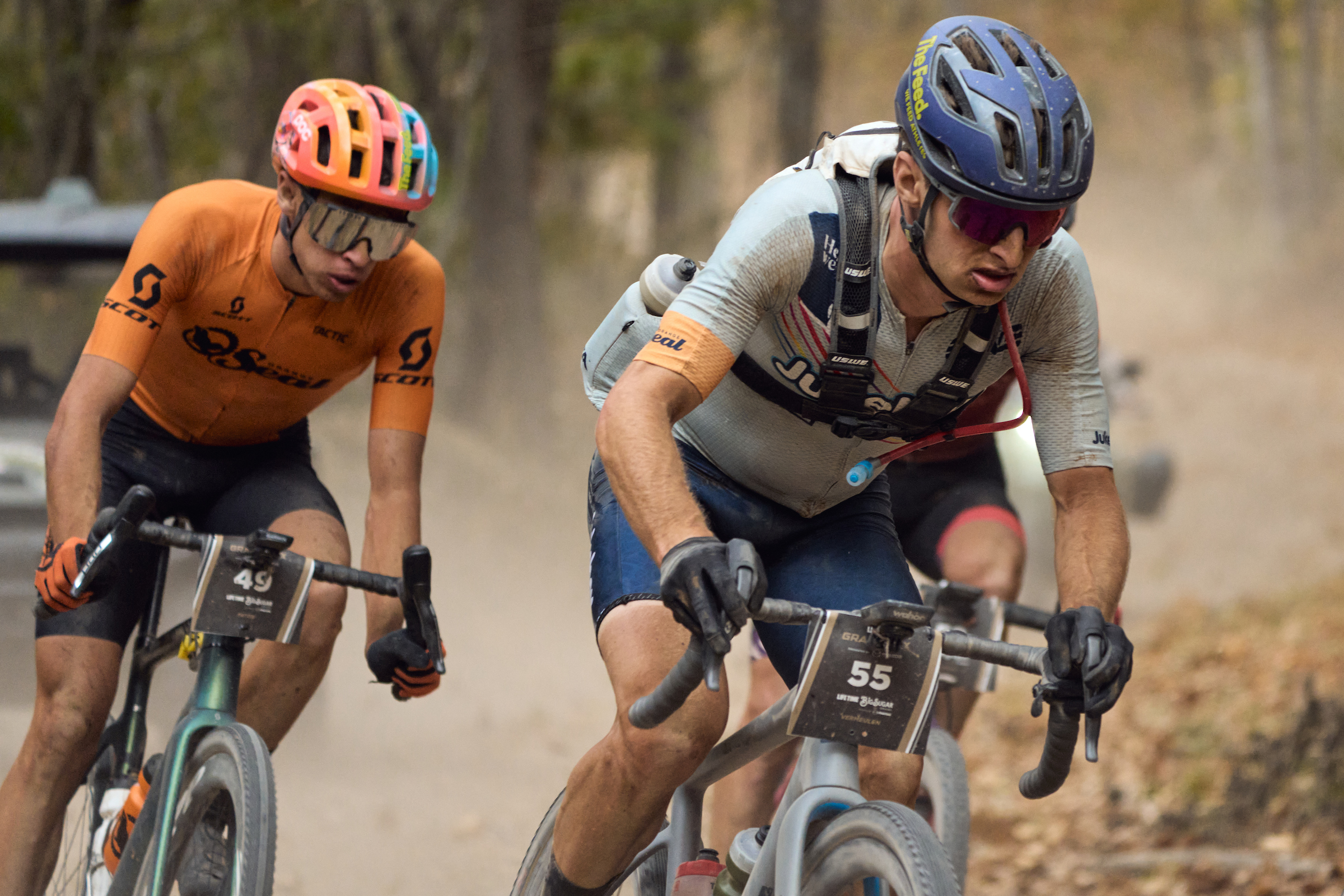 This weekend was the final race of the Life Time Grand Prix Series at Big Sugar Gravel in Bentonville, Arkansas, and the Jukebox squad was out in full force on the 104-mile course. From the start, Alexey Vermeulen and Adam Roberge battled it out with Keegan Swenson and Russell Finsterwald, along with 10 other top level riders in the series. Alexey was sitting in second in the series overall, but there were several riders just behind him who could easily have shook up the standings if they'd beaten him in the race. Adam was sitting back in 12th, and knew he could move way up in the standings if he repeated last year's winning performance at this race. In the end, Adam made it into 3rd place with Alexey finishing just behind in 4th. As a result, Adam moved into 7th in the standings while Alexey defended his second place finish. Here, he's sharing his race report:

Big Sugar did not go as expected. Honestly, I thought that it was going to be the best race for me this season, but I didn't have a great day with my legs. And that usually starts to bring up some negative talk in your head, which it did for me in the first couple of hours. And then I had a front flat that luckily sealed when I stopped to put some air into it, but then I was down to about 15 PSI, which was not fun at all. Catching back up to the lead group took just about everything I had.

Honestly, at that point, I thought the entire Grand Prix was slipping through my fingers. After I flatted, there were about 20 guys at the road, all of whom were in the Grand Prix and could come around me in the points if I had a bad day. That was potentially bad for me, but I would say that's the point system working: It should be able to get mixed up in the last race!

The first hour and a half was honestly just flat out. Just flat out for everybody. It didn’t get easier or let up. I realized after a couple hours that I wasn’t eating or drinking enough, so I was trying to catch up on that, but was definitely still in struggle bus mode. Once we hit the second feed zone, I started doing a little better, but definitely wasn't myself. And of course, the chaos started when we hit that one super steep hill with about 35 miles to go. There were four of us who came over the top in the front—me, Adam, Russ and Keegan and that was the big split.

I felt like I had nothing left coming into the finish, but once I was in that group, I knew I could keep second in the series, as long as we didn’t get caught. I’m really proud of that second place. I think none of us knew what the Grand Prix was six months ago. All of us wanted it to be special, but you never know when something is in the first year. It's grown massively over that time though, and it's been really cool to see people really care about it. There's now this structure and validation that allows anybody, whether a spectator or a sponsor or a news agency, to look at look at the series and be like, 'Oh, for the US off road racing, this is where you're gonna find the most consistent strong person.’ And that's cool. We haven’t had that in the US for a long time.”