From the Ground Up: Alexey Talks Leadville and Prepping for His Race—Plus 4 Other Riders 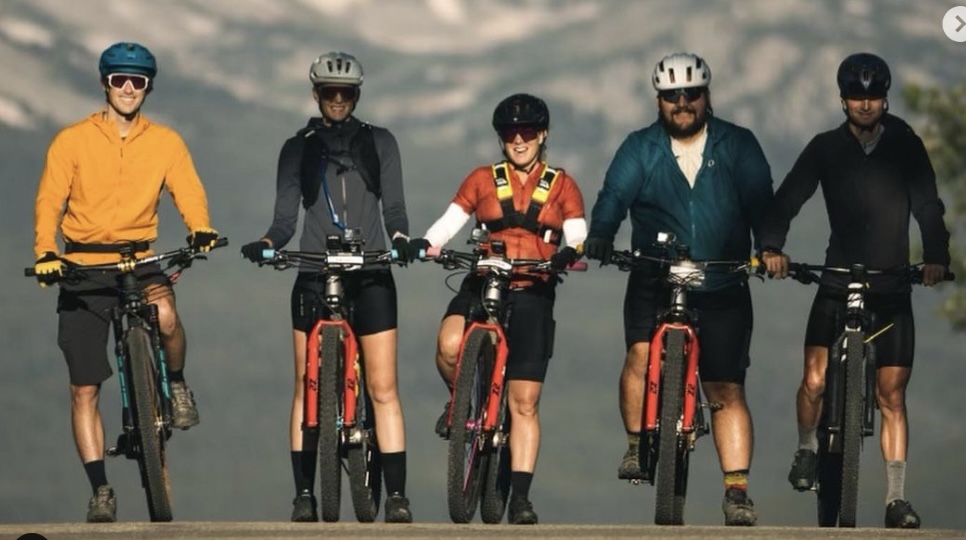 During the first months of the pandemic, Alexey Vermeulen decided it was time to think about how he could give back to the sport, while still pursuing high level racing. Ultimately, he decided to start From the Ground Up, a program that would bring a few new cyclists to the Leadville 100 MTB race. And not only would the goal be to inspire those select few, there would be camera crews along for the ride, so that the story could be shared with thousands of other new cyclists. The overarching goal has been to help regular people discover a love for cycling—and see just how strong they can be. This season, with Leadville only a few weeks away and Alexey sitting third in the Life Time Grand Prix, the pressure is higher than ever. Will the new riders make it through the brutal course? And on a personal level, what does it look like to run a program like this while still racing for a win? We caught up with Alexey to see how it was all going, after his recent camp in Bentonville with the athletes earlier this month.

First, let’s hear about your last race: How was Crusher in the Tushar, stop 3 of the Life Time Grand Prix?

It is a hard race. I’m happy I was able to pull off 11th, I had a really stupid mechanical, just bad luck really early on. But that happens to everyone at some point. From there, though, I was just fighting back the whole time. And it's always hard for me to really fight when I know I'm not racing for a win. But it’s done, and I cross it off and focus on the rest of the year. I took a break last week, and I’m feeling good now, but it's like, 'how do you balance things and be ready for the rest of the series?’ We’re halfway through, and the standings really mean nothing yet, since you can drop your worst race or choose to skip one. So if you take one race away from everybody, the standings change.

So what are you doing now?

I’ll head up to altitude and then pretty much stay there until Leadville in mid-August. I will leave for a few days: I pop over to Europe to watch my girlfriend Sophie race in the Commonwealth Games, but other than that, it’s just altitude prep.

Do you have any other races other than the Life Time series on the schedule for the rest of the season?

The main focus now is just fully on Leadville, both with racing and From The Ground Up. I’ll jump into MTB Nationals this weekend, but we’re not training for it specifically, it’s just to get in a hard effort. Then, it’s just the rest of the Life Time series, plus hopefully a couple of the Belgian Waffle Ride races and Iceman in November.

So it’s busy, but not ridiculous?

It doesn’t sound like a lot, but I was talking with my coach this morning and it’s crazy how racing ramps up. We have this break now, but after Leadville, it’s almost every week. If you’re not careful, between the racing and travel, it gets impossible to recover and race well. It's been like hard this season until now: I haven't really trained since before Unbound, between the racing and From the Ground Up stuff. It's nice to just have a minute here to recalibrate and just figure out where things are. And it’s really nice to have a couple weeks of not being nervous about racing! It’s a continuous things, though, and all the racing and FTGU stuff slowly wears you down. Other guys are like, 'I'm having an easy week.' I'm like, 'Oh, I'm up in Leadville, leading a camp.’ But it’s funny, the minute Leadville is over, obviously that’s the biggest race for a month, and From the Ground Up is done for the season, so after that, even if I'm still busy, I feel like I'll have only one job, not two jobs.

How was the FTGU camp in Leadville?

That camp was great. It’s all about actually letting them see the course. And that part was really cool. It's always interesting to see just how it works out. You can have a perception of how someone's going to do at altitude and then the reality is, they do way better or worse. But it helps everyone to be able to go home and train knowing what they have coming for the race. Nothing is going to change on this end.

Life Time runs this training camp and we’ve become part of it. The first day is a descending clinic, making sure everyone feels comfortable going down hills and over rocks. You climb up a hill and descend, climb for a mile, descend for a mile. Then Friday and Saturday are just full on 'get thrown into the deep end’ days. You're already up at 10,200 feet as a starting point in Leadville. And they pretty much just go ride the course from Pipeline Aid Station, which is the first station you hit toward Columbine. Not everyone makes it to the top. None of our people did. That's a four or five hour day. The next day you do the start to Pipeline and back. So you’ve ridden the whole course in two days—and it is all out effort, especially when you haven't been up there and you're not used to it or you're not ready for it. It's also realizing the little things: I'm just constantly thirsty or I'm just constantly tired or I can't breathe and go hurts go up the stairs. Those are things you may experience at altitude. And most of our FTGU people are coming from sea level.

It's impossible to explain altitude to somebody until they've experienced it.

Definitely. The first day, everyone is like, ‘Altitude doesn't affect me very much.' And then the second day, you’re starting to feel it. The third day—oh my god.

What advice do you give them about altitude?

A lot of it is just knowing your body and listening to it. I think it's the same as someone has to learn how to shift before getting onto a hill. It’s kind of the same mentality. By the time you are thirsty, or by the time you are struggling, you're probably too far in the deep end, probably too far in the red. So it's a constant check in with yourself. It’s tough, because I think when you're the athlete, you just want to keep pushing, pushing, pushing. But you can’t always do that at altitude.

How did the FTGU people make out at Unbound? That was a new training race for them this season.

I was stoked. No flats, no crashes. It was a huge confidence boost for everyone, I think. And they even had friends coming into this Leadville camp that they’d met there. So it was cool to see everyone just feel confident from lining up and finishing something like Unbound. David finished the 50 and Joanna and Jeff finish the 100.

How are you handling the added stress of being third in the Life Time standings right now?

It does add stress, for sure, but I tried to remind myself that the standings don’t matter much until we get to the last race, especially since your worst race gets dropped. I think in a way, I'm happy because I feel like it brings this whole full circle mentality to the project I'm doing with FTGU. They're going to Leadville and I'm doing this series and it's big, in different ways for all of us, which I think is really cool. But yeah, that added stress of just constantly being pulled in two directions… You can't just think about yourself. You just have to get everything done early and just be content with it and then focus on helping other people. It can be really overwhelming. But at the same time, I wouldn’t change it for the world.