Come to the Gravel Chat with Jukebox Cycling 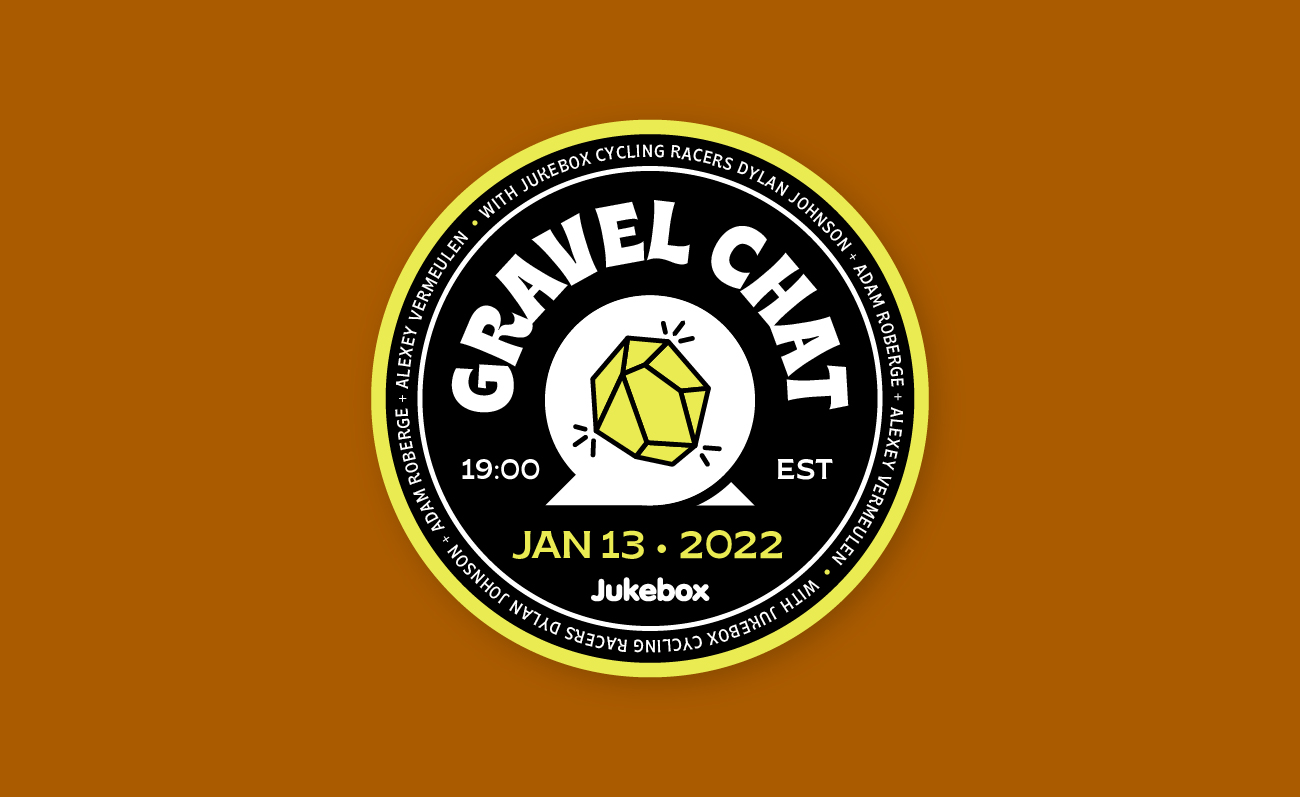 Excited for gravel season? Us too. So, we're talking about it! Join Alexey Vermeulen, Adam Roberge and Dylan Johnson on Thursday, January 13 at 7PM EST on Facebook Live for a chat about all things gravel! We'll be discussing how the three riders are prepping for races including the Life Time Grand Prix six-race series as well as the Belgian Waffle Rides—a jam-packed race schedule that includes huge gravel and MTB events over an 8 month span. We'll also talk about in-race tips from each rider, including how they approach hydration, nutrition, technical sections, and long hours in the saddle.

Alexey Vermeulen, the 26-year-old dachshund-loving former WorldTour racer turned gravel aficionado from Boulder, Colorado. Though he started his career on skinny tires, he traded his standings in the WorldTour for dirt and knobby tires in 2018. But he doesn’t just ride bikes: He inspires others to try their hand at racing, thanks to his latest project, From the Ground Up. He joins Jukebox with a full schedule for 2022, including the Life Time Grand Prix six-race series and two big events for From the Ground Up… plus some road racing, because despite doing many of his training miles with a dachshund on his back, he still has a need for speed.

Dylan Johnson, who you may know from YouTube, where he posts lengthy YouTube videos breaking down the science of cycling, from how well suspension really works to how to improve your FTP. Or you might know him from mountain bike ultra-endurance racing, which he’s been doing since he tackled his first 100-miler at 15 years old. Or maybe you saw him this last season when he burst onto the gravel scene, taking third place overall in the Belgian Waffle Triple Crown. And now, with Jukebox, he’ll be targeting the Life Time Grand Prix along with two of his teammates in his second full gravel-focused season.

Adam Roberge has had a great start to his gravel racing career: The Canadian pro road racer made the shift away from the UCI pro team structure to racing on the dirt in 2021, and he had a year worth celebrating. The 24-year-old finished on the podium at BWR Asheville, Gravel Locos, Rooted Vermont and the Défi 404km Gravel race, and this season, he’ll be tackling the Life Time Grand Prix alongside of two of his Jukebox teammates.