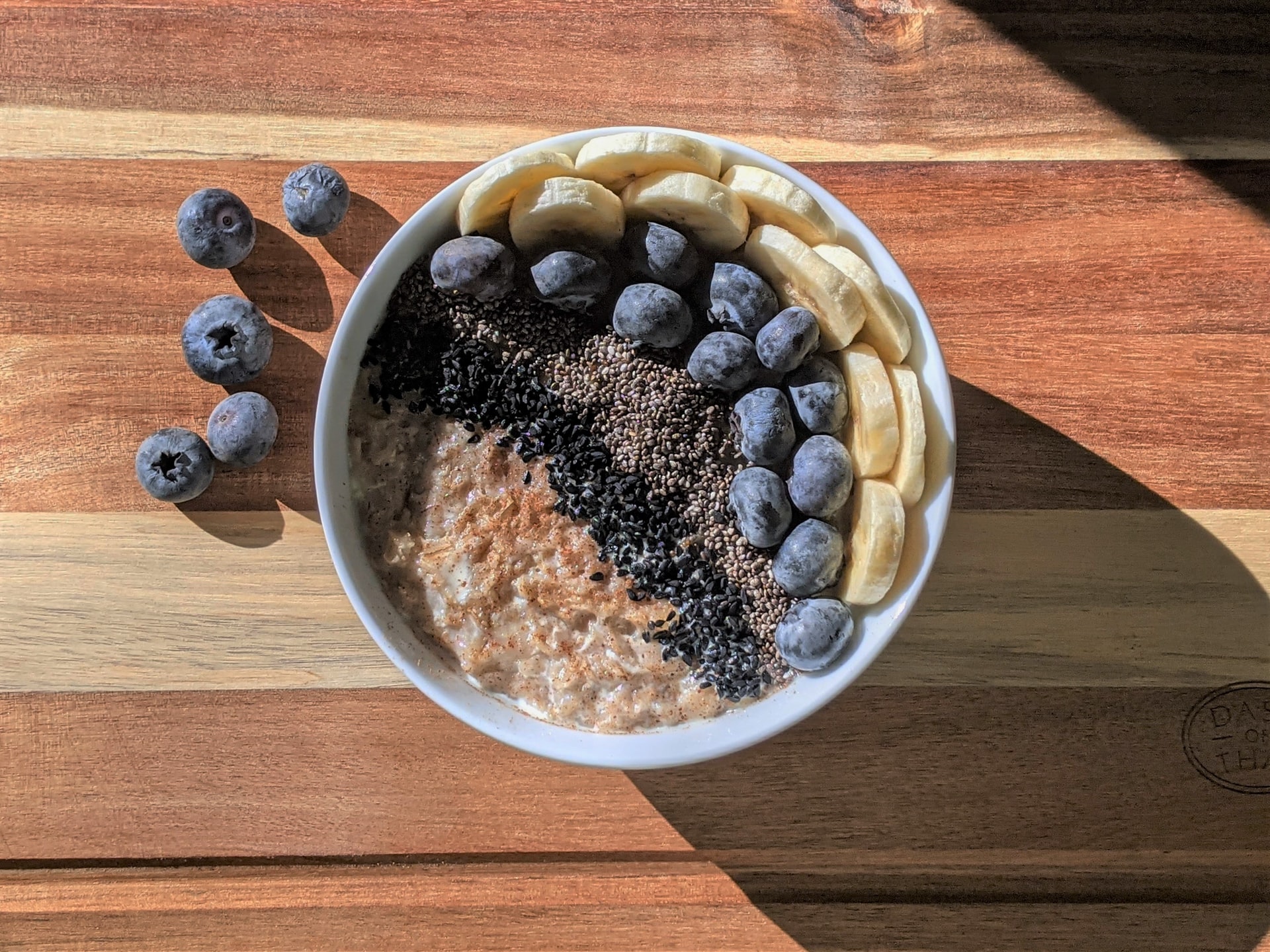 How do you fuel for a 200 mile event that could easily take over 10 hours? Answer: A lot of food. Jukebox Cycling’s Alexey Vermeulen, Adam Roberge and Dylan Johnson sat down and chatted with us about how they’re heading into gravel racing season. You can watch the full video below, or just read their best advice for eating before and during a gravel race here:

Of course, oatmeal is on the list for most bike racers, including Dylan Johnson. "I am 100% an oatmeal guy. I eat it every single morning with sort of nut butter—peanut butter or almond butter—plus blueberries, raspberries or bananas,” he says.

For Adam Roberge and Alexey Vermeulen, oatmeal isn’t the go-to. Instead, they opt for rice as their primary carb source, then load a bowl with fats and proteins. Most of the time, they both choose rice and eggs (with plenty of salt for Alexey). But sometimes, Alexey will swap eggs for peanut butter, cinnamon, banana and honey when he wants a sweeter breakfast option. “Put that altogether and it’s easy to digest but really satisfying."

While Adam is known for his espresso-making skills, Dylan skips the caffeine. "I will say though that one thing that's probably sacrilegious of me as a cyclist is I'm not a coffee guy,” he says. "I've always been a morning person. I don't feel like I need to be woken up in the morning so I never really got into it."

The three Jukebox Cycling riders are divided when it comes to in-race fueling… which is a great reminder that we’re all individuals and need to figure out what works for us!

"I used to do bars, some drink mix, some gels, but now I don't do any solid food whatsoever. It's all drink mix, and maybe I'll supplement with gels if I feel like I'm not quite getting enough from the drink mix,” says Dylan. "The drink mix that I use is Flow Formulas: They are a sponsor of mine, but I would use them even if they didn't sponsor me. They've got the optimal ratio of maltodextrin to fructose that's been shown to have the highest absorption rate per hour, which is super important when you're doing a race that's going to last five to 11 hours. And there's only so much that your gut can handle, but there are things that you can do to increase that amount. One of them is having this optimal ratio of maltodextrin to fructose.”

“Luckily, I don't usually have too much flavor fatigue with drink mix, although sometimes I will just have a plain bottle of water on me, especially if it's something like Unbound,” he adds. “In that case, my whole hydration pack will be water, and I’ll have three bottles on the bike that are mix. The thing that's different with Unbound is that you have to carry so much fluid with you because there's only two or three aid stations in 200 miles. You have to carry so much with you.”

On the other hand, Alexey Vermeulen is a big fan of real food, even in races. "I think I just love food in general! I have my pockets stuffed with rice cakes for something like Unbound, in addition to a full pack of water and two bottles full of mix. It's about teaching yourself what works for you and finding what you'd like to eat, because you will get sick of it at some point. I know people who carry gummy bears, bananas, baker’s chocolate and potatoes in foil so they always have some option they want.”

"The most interesting part of cycling, unlike other sports, is that you see pros and amateurs lining up in the same line, and everyone's efficiency is different,” he adds. "As events get longer, people struggle more and more to eat enough. So you really have to frontload things as much as possible. Your body can only take in so much the beginning or at the end of a race, but being able to start absorbing nutrition right away is important. So don’t forget to fuel that first hour of racing! You may not need it yet, but it’ll help you later.”

“It really depends on which race it is,” says Adam. “In Unbound, you're by yourself and you need to carry so much fluid. But for a shorter race with more support like the Belgian Waffle Ride, I'm just taking bottle from the cars and most of that time that is just water, so then I have to make sure I have a lot of gels in my pockets. I don't eat much other than gels in races.”

He also suggests doing your homework and knowing what will be available at aid stations, so you can be prepared ahead of time with extras you might need, or can test the options that they’ll have available for you.

Stay tuned to find out how each rider fuels for gravel racing, as well as their top tips for race day prep, dialing in tire pressure, and adding strength training to a training calendar throughout the year.