How Jukebox Cycling's Gravel Guys Taper Ahead of Big Races 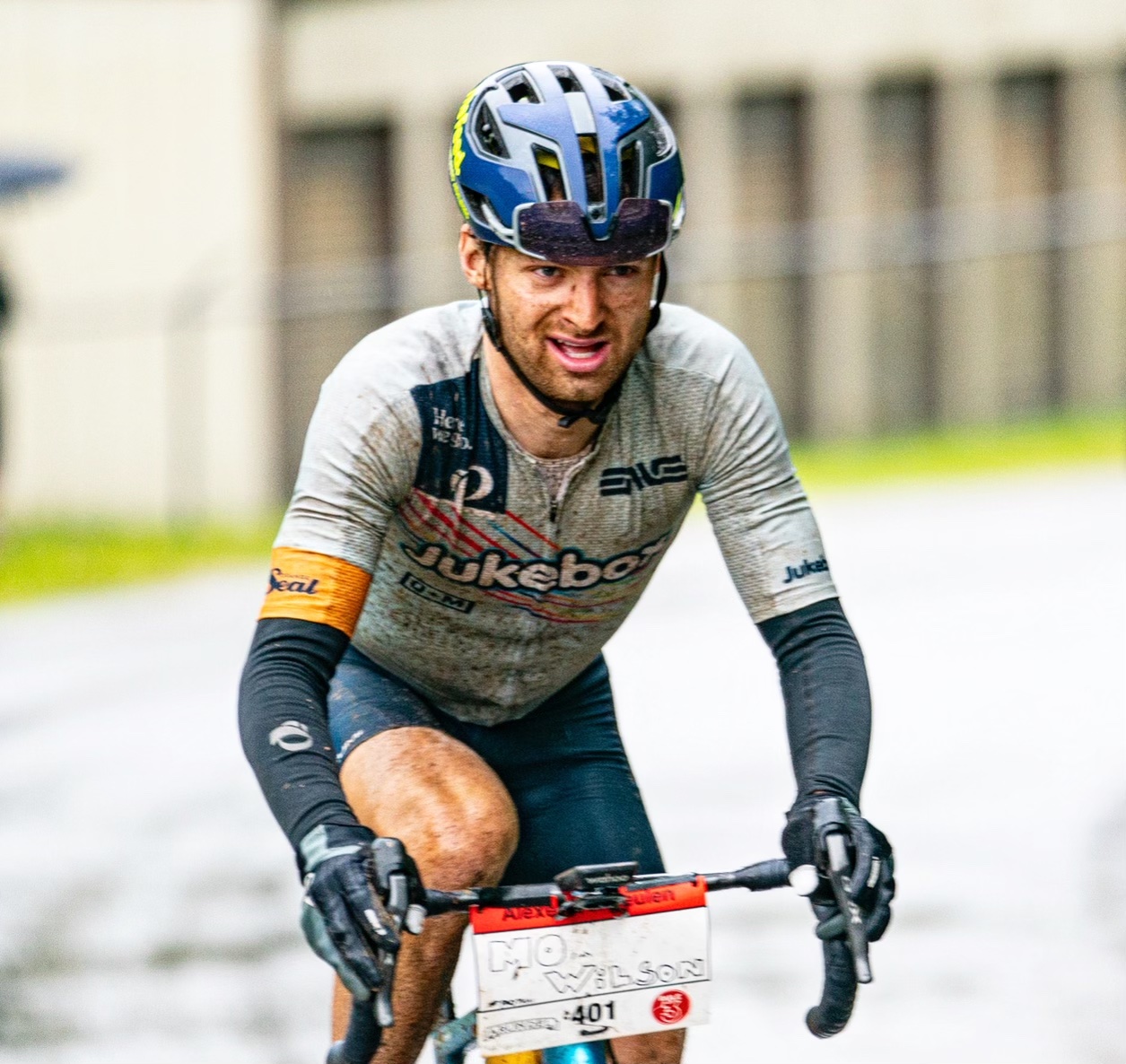 We recently hosting another Gravel Chat with our four Jukebox Cycling gravel superstars: Alexey Vermeulen, Ashton Lambie, Adam Roberge and Dylan Johnson. They answered all of your tough gravel questions, and we’re sharing some of their answers here on the blog. You can also watch the entire chat right here!

RIDER QUESTION: How do you taper in the weeks heading into a big gravel race like UnBound?

It sounds counter-intuitive but I like to be fatigued a little bit heading into a big race. With Sea Otter El Fuego 80K, I actually raced the road race at Sea Otter the day before, and I had a great race in the El Fuego. But that’s not for everyone, and it’s not something you should just hop into without planning for it. It does mean being cautious as well:  I don't want to crash in a road race when my big race is the next day. I'm not going to go all-out the whole race either. But those races teach you to play with tactics a little more. In that road race, for example, I tried to just let other riders do more of the work so I could make the race more of an opener workout than something that would burn me out.

You need to find a rhythm with what works for you. Depending on how long or hard the race is, you can change what you do. Some people like to be fatigued, some people don't. I have friends to take the day before the race completely off, which is insanity to me.

The other major note I have about tapering is that I think people sometimes forget that travel days are stressful, more stressful than training days. Most people who are traveling to these races are traveling way closer to the race than maybe they probably should, because they have normal jobs. But travel can have the same effects as overtraining, when it comes to feeling. So keep that in mind.

There's quite a bit of science on tapering. Basically, what the science suggests optimal tapering should look like is you want to decrease your volume, but you don't want to decrease your intensity. One of the reasons for that is that they've actually looked at the best way to maintain your form or your fitness. If you take away volume, your fitness doesn't seem to decrease a lot. But if you take away intensity and maintain volume, your fitness does decrease. That's one reason. It also just keeps you fresh and opened up for race day. So that doesn't mean you're going hard every single day the week leading into the race, but you would probably want to keep your hard workout in there.

Usually what I do is cut back on the workout. If I had a VO2 Max interval session that's normally four by five minutes, maybe instead of doing four of those, I'll do two or three of them instead. I'm not completely spending myself, but I got in some intensity. If it’s a big race, I'll usually taper a week out and it'll be it'll be a lower volume week, but there will still be some intensity in there.

Coming from from road, I’m used to pretty high volume so I don’t taper too much. That said, I’m not training a 25-hour week or doing a 7-hour ride the week before a major race. With UnBound, I’d add an extra rest day or easy day, depending on how I’m feeling. That week is going easier, but I’ll still do some intensity. It won’t be as much as I would do in a normal training week, but I think those hard efforts are helpful heading into a race like that: It’s long but it has moments where you need to go hard too.

I find that I get flat pretty quick, which is that sensation when you over-taper. There’s a peak where you feel really fresh, but if you keep that volume and intensity low, you end up feeling flat and unresponsive. I get flat pretty quick. So I usually will do a full day off two days before the race. So for a Saturday race, I would take Thursday off and do some openers on Friday, then hit it hard on Saturday.

I still do gym the week before race, too. I just cut back the number of reps and sets. I keep the weight high, keep the intensity high, but just lower the volume.