How Ruby West is Balancing All the Disciplines 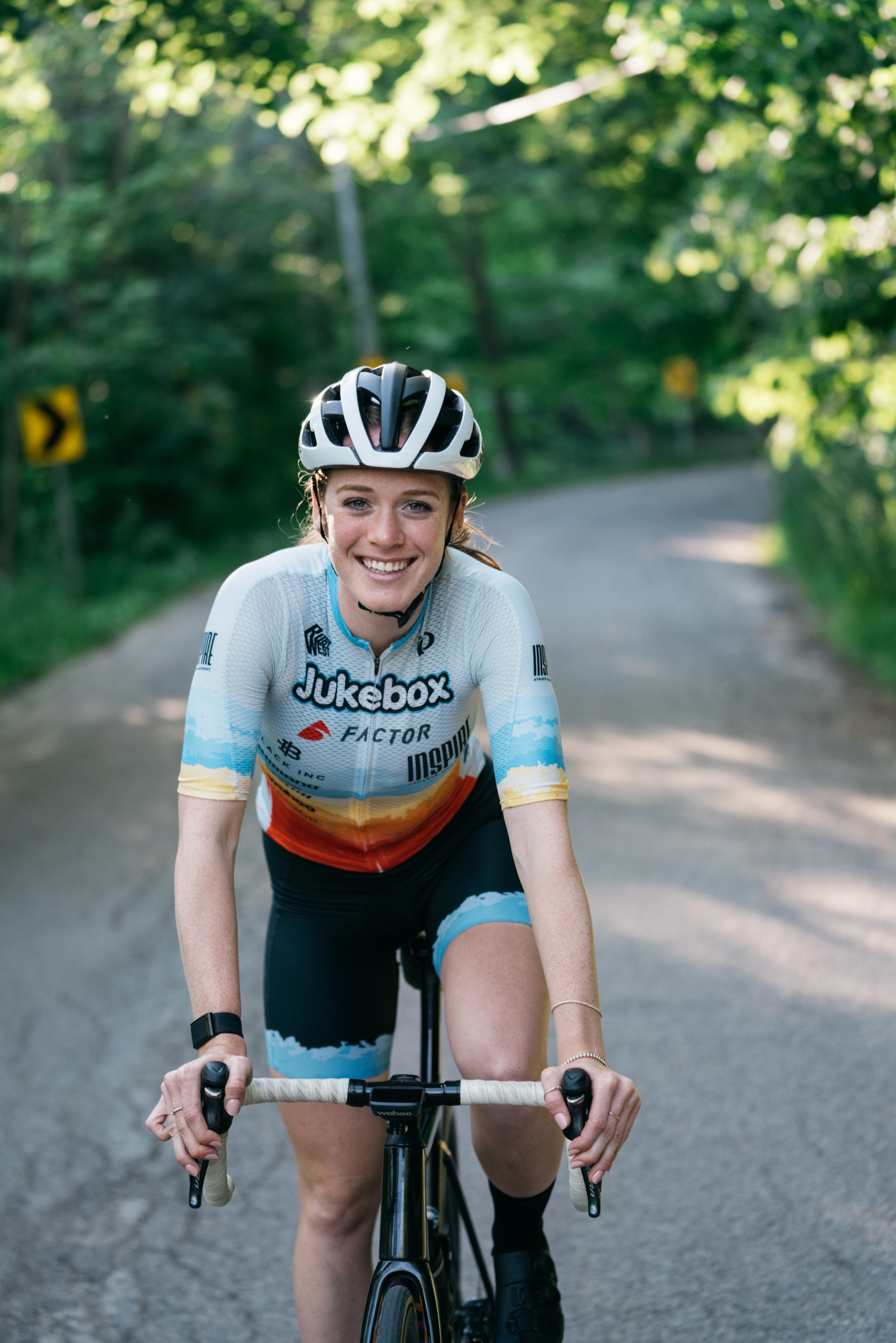 When we last chatted with Ruby, she was recovering from COVID and missing the start to what she had hoped would be a short but fun gravel season. Fast forward three months: She only got in one gravel event, the Scarecrow Gravel Ride at Sea Otter Canada—but she’s feeling well-rested, ready to race, and realizing that overall health isn’t just nice, it’s imperative for a bike racer.

How is training is going now that you're recovered from COVID?

A lot better. I would say it's been nice to get into a consistent routine of training again, though it took a while to build back up to after COVID. Things were going really well. I had a nice big training block before I headed out to road Nationals, but I maybe overdid it a little bit, or something just went awry, because I got a little bit sick when I was at Nationals. I thought maybe it was just some stress, or that I hadn't raced in a while. My stomach was just bothering me. But afterwards, when we got home, it was clear that something was wrong—a stomach virus or something—so I was down for another week. I'm hoping my immune system is built back up now, and I'm back into training hard. It's been good to be back.

How was road Nationals as a solo racer?

It was a very amazing experience. The racing obviously didn't go as well as I wanted it to and looking back, there was a clear reason for that. So that's good—weird as it sounds, it’s nice to know it wasn’t just me! But I definitely expected and was hoping for more out of myself. It was my first year out of under 23 at Nationals and racing elite. After winning U23 last year, I had high hopes. But the racing was more tactical, and the course suited sprinters—which is definitely not my type of racing. I did what I could, but it wasn’t my day.

How do teams factor in to road Nationals?

It's interesting, because it's largely every woman for themselves, but there are a few exceptions. There were some big teams in the race, and a few teams with just a couple of riders, but they’re from high-level teams. But the racing didn’t end up being that team-oriented. Last year, for example, when it was a hilly course, it was just a race of attrition. But then on a course like this, you can't make much of a difference on a flat circuit as a solo rider. So someone like Alison Jackson who’s super strong gets in trouble because she can't get up the road—the whole group just chases her down instantly, and the race isn't hard enough for her to actually be able to succeed to her full potential. That's tricky for me as a solo rider because I'm not going to waste my energy attacking if I know everyone's going to chase it. But then also, if I don't have a great sprint, it's not gonna play out either. So it's tricky. And in the end, it was a solo rider that ended winning, so you never know how it’s going to play out. Nationals are there again next year, so it was good to see the course and how it played out.

Hopefully, you’ll be headed to Pan-Ams for track next. What are you hoping to race?

Selection camp for it starts soon, and they'll select the team out of that. I'm manifesting that I'll make the team—and as things currently stand, if I was selected, I would have a team pursuit and an individual pursuit spot.

On the other side of the racing spectrum, you raced gravel at Sea Otter. How was it?

I've always really enjoyed gravel. But it's one of those things that's tricky to balance with cyclocross or track, because the races are 100 or 200 miles or something like that. And that doesn't really fit into my schedule very well without messing me up for a while—both in terms of training and racing. So I try and make space for gravel when I can, but unfortunately, it doesn't always fit. To have an opportunity like this to do like close to home was awesome, and it definitely left me wanting more!

Have you decided yet how you’ll balance track and cyclocross this season?

I think we'll have a better idea kind of after Pan-Am's where my track legs are at and how realistic it's looking to make track Worlds this year. But regardless, I'm optimistic that I'll still be able to do both. It’s going to be about being a little more selective this year with the actual events, focusing on quality over quantity.