How to Become a YouTube Sensation with Phil Gaimon 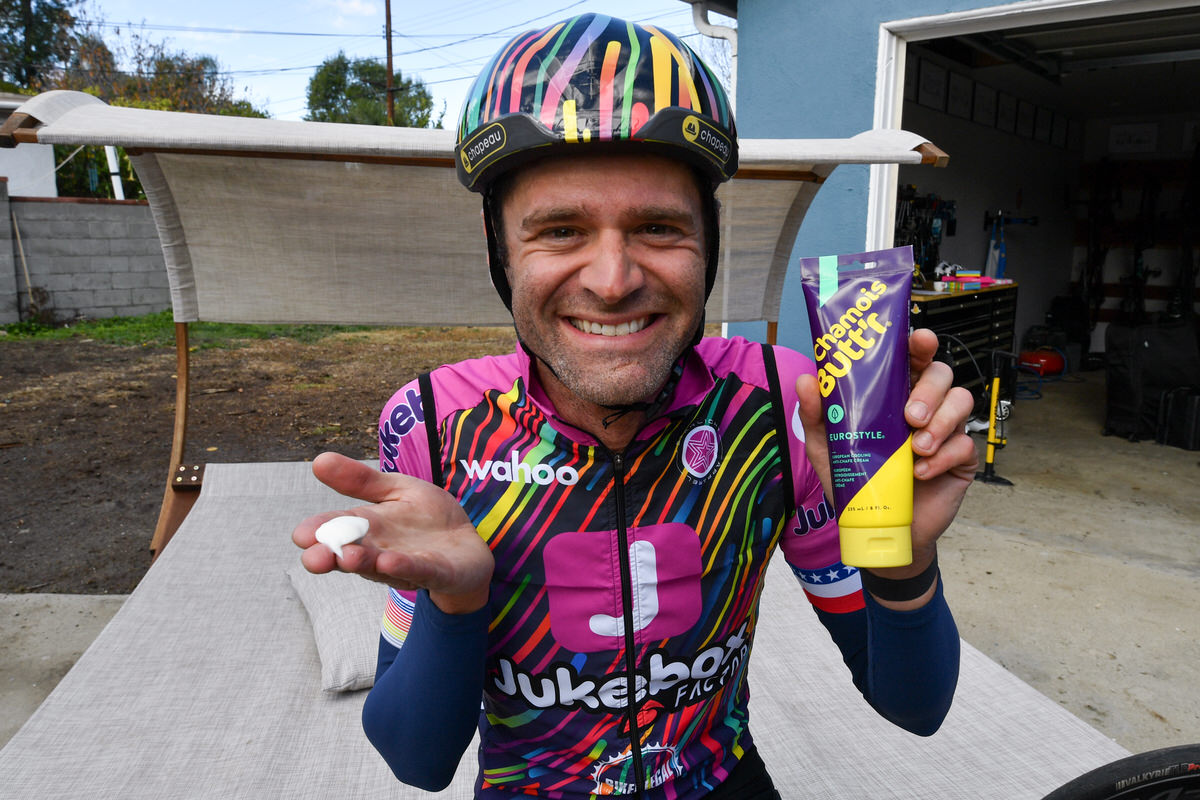 From WorldTour to YouTube creator, Phil Gaimon has managed to have serious longevity in a sport known for churning through riders. Here, we’re talking to Phil about how he manages to stay KOM-ready while also creating content, and his best advice for cyclists who are hoping to create video magic.

I do more rides and less training that I used to. Instead of five days a week really smashing it, I can kind of get away with three. And then I just like go for nice rides with my friends and the volume kind of makes up for slightly less structure and less rigidity. Two days ago, I did over unders. Yesterday, I did shorter intervals. My workout yesterday was two hours, and I rode for four but the rest of it was just to be out there in the sun. I rode through Hollywood with a friend and had a coffee.

To create all the videos and content I do has been a compromise in my training. I've gotten comments like, 'Oh, you just ride your bike every day.’ And I do, but there’s so much more that goes into it. If all I did was ride, no one would know who I was, I would have no sponsors. It'd be great if all I did was run my bike every day and not have to film it. But that’s not the case. I haven't figured out how to how to do a good workout and make a video at the same time, it’s one or the other. I’m going to make a video or I'm going to train. Sometimes, I hire a videographer for certain projects like going for a KOM, but generally, I do a lot of the filming. I set aside certain days to go film content, and other days for training. Then, rest days are for actually editing the videos and prepping to post them, in addition to my other work with things like my Fondo.

Even back when I was racing ‘full time,’ I was writing books and running businesses. Now, I’m probably working more hours. So I have I have the same zero free time, it's just spent a little bit differently than most people!

When it comes to quality video, I hate to like tell people spend money…  but the new iPhone’s Portrait mode does great and the audio is really decent. The GoPro 9 is what I do almost all my videos on. If I'm filming myself, it's 100% GoPro. The GoPro 8 needed a wind sock on there because the audio wasn't great, but with the 9, they fixed that. With the GoPro 9, you can ride downhill and talk to the camera. So, I have that and a selfie stick in my jersey pocket.

‍
For editing, I still do everything on iMovie. And I know it could be a bit more produced, but I like how it feels, being a bit more raw and unproduced. I think people like if you can tell a story and people can hear it and see it decently. The story is what matters.

When I first went on YouTube, I was the only person on there who was fast. I put my data on the screen, and people were so shocked by it. And honestly, I'm just the first person who's been any good on there, and I'm not even that good!

People think putting together these videos is easy, but the editing process is really time consuming and it requires a different type of focus. It makes me miss writing sometimes: Writing is one of those things where I would pick up my laptop at 8am, then I'd look up and it’s somehow 2pm already. I don’t feel that way editing video!

It’s hard for riders who want to get into creating videos for YouTube now. I was lucky in that I came out of the WorldTour and I had a bunch of sponsors already—plus, I was fast. I have a lot of respect for riders like Dylan and Adam on Jukebox Cycling who started much later and have grown their channels. It's a really crowded field. The best advice I have is to NOT try to build a following. Just try to be you and hope the following comes.

It sounds weird, but I've almost had no luck pursuing sponsors. I could send 1000 emails to brands that I'm sure are a good fit and and by all logic should love to sponsor me and and maybe have one of them pan out. But the most of the brands that I work with, and have worked with for years? They found me, and that’s led to the best relationships. So I think the answer is, if you want to get sponsored, make something worth sponsoring.