How to Plan a Season + Accounting for Dachshund Watts 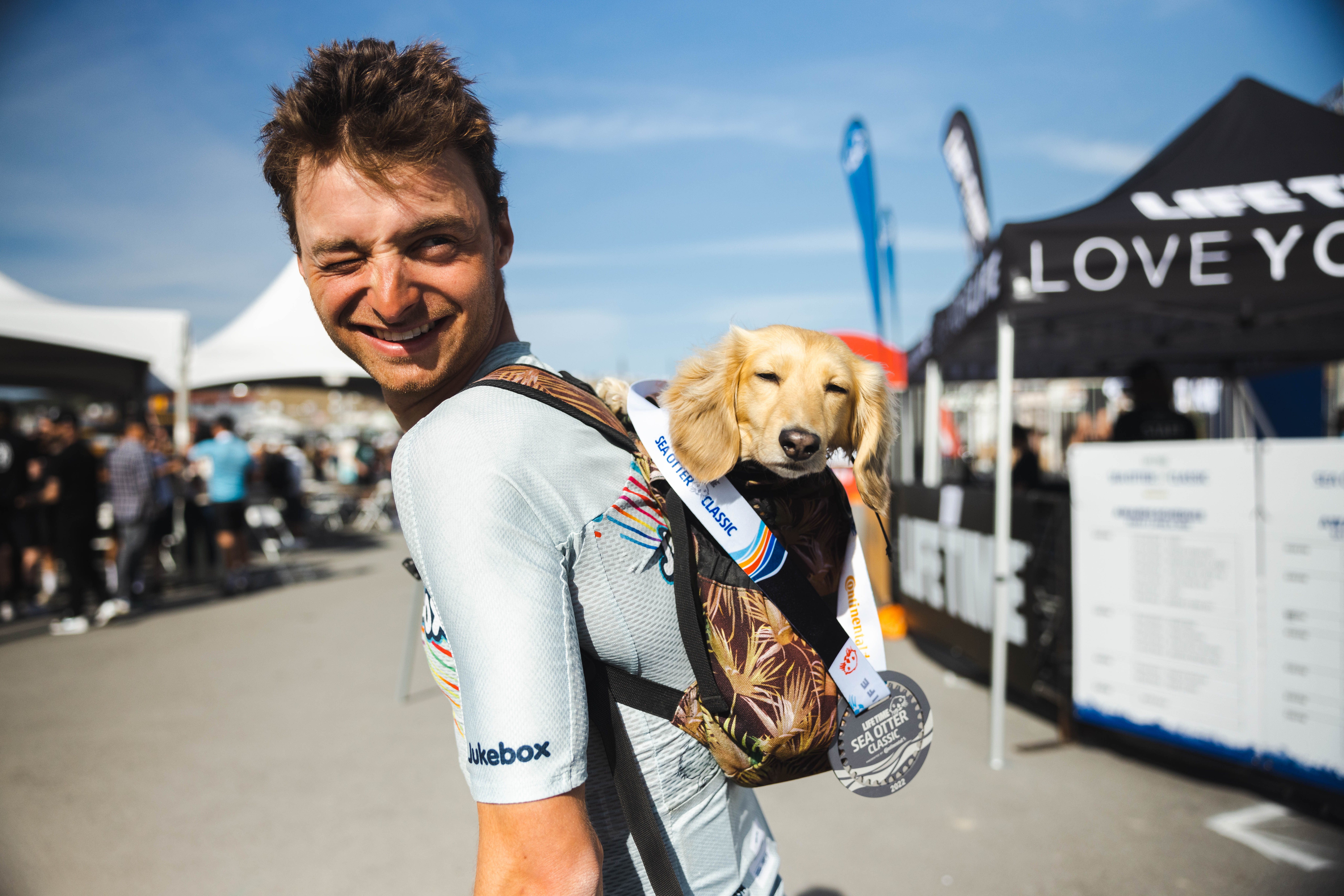 Cycling coach Lucas Wall of Develo Coaching has known Alexey Vermeulen since his earliest days of racing as a pre-teen, and he’s been coaching him for about that long as well! We chatted with Lucas to get some of his secrets to cycling success, and to find out what Alexey is really like as an athlete. This is part two of three in our interview—make sure you check out Part One here!

We talked earlier about how Alexey is great at recovering, but is part of that the actual structuring of his season to allow for recovery between races? The temptation to add more races to the calendar is always tricky.

Yes, that is something from a coach perspective that’s tough with athletes. Racing makes training really hard. Offseason training mentally is challenging, but from a programming standpoint, offseason training is so simple because you don’t need to stress about racing or travel. It's the early season is really where you make the biggest gains, because after that, it's race, race, race, travel, try and recover quickly, do it all again. There's not a lot of time to do dedicated development work. Sometimes we hear in the media that so and so did a training camp or an altitude camp or this thing before the Tour. Those are the big stars, the rest of the team is out there racing every weekend, and midweek, and so they're not getting that. If you get to pick your schedule a little bit more, then you can plan training and recovery around it.

How do you balance training and prep for the Life Time Grand Prix?

This year, doing the Life Time Grand Prix, those are the events we had to focus on for Alexey, and so we definitely scheduled the year differently. But at the same time, it's six events spread out over the year. It's not happening six weekends in a row. It's not a stage race. And that makes creates different challenges. It doesn't give you a really intense race schedule of events, but it does mean training and peaking need to be based around those key events. And he’s adding in other races, of course, because there’s a lot of time between some of the events in the series, but he’s careful not to add too many. Taking travel into account is a big factor as well—it’s not just about the racing.

How do you mentally stay OK with skipping some races when other pros are racing every weekend?

We don't have to try to race every race. We’re lucky in that regard: some racers are in a scenario where they're racing regularly because of prize money or because of some other obligations. At the pro level, I think that having a bit thinner schedule is definitely an asset because you can focus on the training a little bit more, you can be more structured with that during the race season as opposed to having a training build early in the year and then having a racing part of the season where it’s all race recover race recover, but not necessarily making progress in solid steps with your fitness.

Have there been any results from Alexey this season that surprised you?

Him winning Belgian Waffle Ride San Diego was super fun. I can't say that it was a surprise just because he has been riding really well on the gravel for the last year. At BWR last year, he was in the front group and flatted out toward the end. Unbound he was in the first or second group but flatted. So he's always been there. Even if you look at road events, he's in the finale of pro road race nationals. He’s just always there. And it's a matter of how things play out. There are some of factors that are controllable, but there are so many that you can’t. He likes a really hard day, and sometimes it's hot, and that helps him. Sometimes it's not, and then, that's not something that plays in his favor.

But Belgian Waffle Ride was the highlight of the year so far. I wasn’t able to watch the race all day, but at the end, when I saw he won, I assumed it was a sprint or he had a tiny gap. The big surprise to me was that he had a six minute gap. I was like, 'holy cow.' I would never have guessed that was going to happen. Knowing the event, knowing how tough it is, knowing all the riders who show up for that event… that was huge. The gap that he won by that day was massive.

But really, he  did a lot of homework, and he executed really well.It was a really good day for him, which is always exciting to see. Oftentimes you're like, 'How can I have my best ride, overcoming whatever challenges there are?’ Nothing's ever gonna go perfectly. Even if you're the strongest doesn't mean you always win. I think a lot of things just went his way that day, and it all came together. And those moments are super fun, because they rarely happen. Doesn't matter how long you're at it. You rarely have so many things go your way in terms of how you're riding and all the other factors that come into play.

How do you account for Sir Willie in Alexey’s training?

At our house, we love Sir Willie the Wiener. Honestly, at this point, I don't account for Willie in Alexey’s training, he’s just there. At the end of the day, he goes slower up hills when Willie is with him, but that’s fine. And really, it is super fun—and both of them love it. It’d be fun to pontificate about the effects of training from Willie. But really, it's 10 pounds. It's just a little harder to go up the hill. He has to work a little bit more. Maybe Alexey is maybe a bit better heat adapted from riding with that pack.

Ultimately, though, what I believe with athletes is that they need to enjoy the process, especially at the elite level. You spend so much time and energy and attention on biking, and you really have to enjoy it. And it is absolutely something that Alexey has enjoyed and because of that, I’m happy whenever he rides with Willie. But even without him, Alexey does enjoy the process, that's for sure—that’s what makes him a great athlete. I've worked with people who who want results and are willing to work really hard, but whether it's personality or the sport or circumstances or whatever it is, they're willing to do the work but I don't think they always enjoy the process. And you see that play out in their results over time. Alexey enjoys the training, and I think that is just a huge asset over the long run. Being able to put into work, be consistent with it, stay healthy, deal with changes—all those things. He really has enjoyment of the sport going for him and Willie is a huge part of that at the moment.