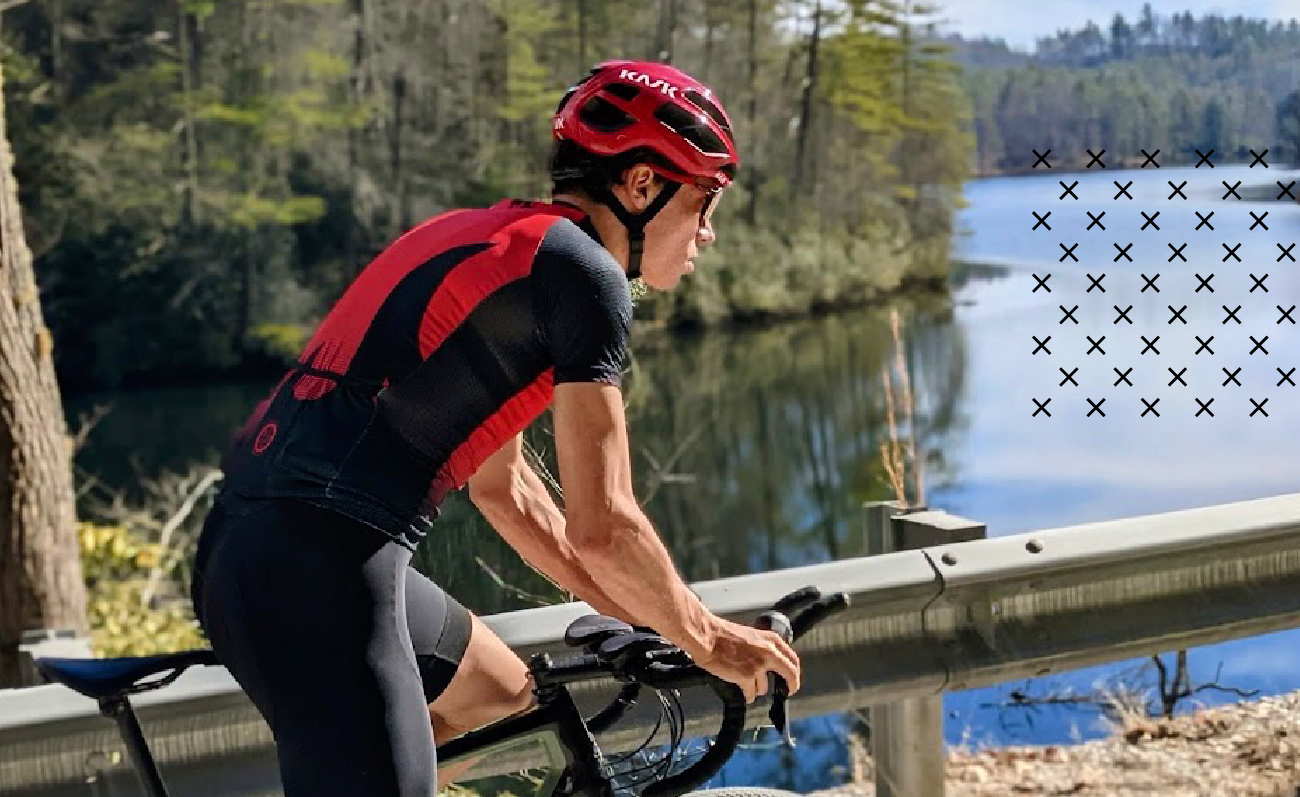 You might know Dylan Johnson from the Internet, where he posts lengthy YouTube videos breaking down the science of cycling, from how well suspension really works to how to improve your FTP. Or you might know him from mountain bike ultra-endurance racing, which he’s been doing since he tackled his first 100-miler at 15 years old. Or maybe you saw him this last season when he burst onto the gravel scene, taking third place overall in the Belgian Waffle Triple Crown. And now, with Jukebox, he’ll be targeting the Life Time Grand Prix along with two of his teammates in his second full gravel-focused season.

So, who is Dylan Johnson?

For anyone who knows me from YouTube, I'm kind of the nerdy science guy. In 90% of my videos, I'm just going into a bunch of studies and talking about different nerdy training topics. So, I would say most people who know me from the internet think I'm this nerdy science coaching guy, which is pretty accurate.

My dad was into cycling. He was a mountain biker, and he got me a bike for my birthday or Christmas or something when I was 11 years old, and then he started taking me out on rides. Shortly after that, I started racing mountain bikes, probably around 13. And then I got more into ultra endurance mountain bike racing, doing 100 mile type races. More recently, that’s transitioned into getting more into gravel racing because gravel races are pretty long as well—the most popular gravel race in the world right now is 200 miles!

What made you gravitate towards ultra-endurance?

I think physiologically, my strengths are with ultra endurance. Usually, the longer the race, the better I do. But also, where I grew up, it seemed like the race that everybody was training all summer for was the Shenandoah 100, which is a 100 mile mountain bike race. I think the first time I did that I was 15 years old, and I just kind of wanted to participate in it because it seemed like a lot of people were training for that race. That was the first 100 mile mountain bike race that I did and I just enjoy the discipline. The longer the race, the more planning is needed. It's not just that you ride your bike hard. There's nutrition and pacing and equipment, and I enjoy all that as well.

You also coach, and you really lean into the science side of coaching. What’s that about?

I went to Brevard College for exercise science, and my senior year, I did an internship with Carmichael Training Systems and got a job coaching with them shortly after that. I was there for two years before starting my own coaching company. That was also the birth of my YouTube channel, focusing on the science of training, as well.

What does a typical day look like for you, balancing coaching and training?

A typical day, it really depends on what I'm doing with training. If it's a rest day, then I'll probably spend more time doing research for a video, making a video or coaching. And then if it's a big training day, that might be all that I do in the day. The video making process probably takes 15 hours of work depending on how much research there is. I research first, then I write a script, film and edit, so it's a long process. It's actually pretty hard to just set up a camera and talk to it!

How did last season go?

COVID impacted the 2020 race season a lot, because there was really no racing in the summer. 2020 was going to be my first season where I was going to solely focus on gravel after focusing on mountain biking for so long. But I think the only big race that I ended up doing was the Belgian Waffle Ride. But by 2021, it seemed like most of the races were on. I did Unbound, the three Belgian Waffle races that were part of the Triple Crown series, and some other gravel events here and there. It went pretty well for being the first season that gravel was my main focus. I got third place in the Belgian Waffle triple crown series, which I'm happy with. And at Unbound, a ton of people had issues, a lot of flat tires and I was one of those people. I managed them well enough to get 12th place, which I was happy with. That was the biggest gravel race on the calendar last year for everyone, so it was a solid result. Really, the season went well.

How does gravel compare to mountain biking?

The number of people you're starting with is… A lot. There are so many more people! It can also be nerve wracking, even before the race starts, when you show up and it just seems like there's so many people everywhere. This was the first year where I felt like every race I was going to, I was getting interviewed and there was so much more media coverage. I've heard people say that this current gravel boom is really similar to the mountain bike boom back in the 90s, when mountain bike racing went from being this fringe sport to a main event and started getting all this attention. People are saying the exact same thing is happening with gravel right now. It's definitely a different atmosphere, but at the same time, I think that what gravel racing brings over from mountain biking is that people are generally pretty chill and not high strung like I've heard a lot of road races can be. Everybody just wants to have a good time and everybody's catching up after the race. I don't think there's a lot of sore feelings, no one is getting upset about getting cut off in a corner or anything.

Does your mountain biking background give you an advantage?

It definitely depends on the course. If the course has a significant amount of descending, I think that's very helpful. For example at the Belgian Waffle North Carolina race, there was a pretty gnarly gravel descent close to the finish and we were trying to put Ian Boswell under pressure there because he's from a WorldTour road background so that’s not as much his thing. We did manage to get a little bit of distance on him but he was just too strong in the end. There are also situations where some of these races have singletrack sections: There was single track in Belgian Waffle California and Utah, and when those sections come up, I generally feel like I'm getting through a little bit quicker than people around me.

My main focus is the Life Time Grand Prix series, for sure. It has a lot of races that I would have wanted to race even if they weren’t in the series, like Unbound and Leadville 100. Unbound is the triple-A race on the calendar.  I am signed up for the Belgian Waffle Quadruple Crown Series. Maybe some other smaller gravel races if they fit in.

With 10 major races on the calendar, how do you race/recover/race again?

It’s definitely a challenge. They're long race days, and they're hard—there’s never an ‘easy race.' Usually, if it's a six to eight hour race, it's probably going to take me a week to feel normal again. Now, that doesn't mean I don't ride for a week, but that means that it's probably going to be an easier week afterwards. There might be one harder interval session thrown in there. But if it's a Saturday race, then I'll probably feel good again by Friday or Saturday the next week. So if it's back to back race weekends, then I’m recovering just in time for another race. And if it's a longer race, like a 10 or 11-hour day at Unbound, it might take longer than that to recover, personally. This past year, after Unbound, I just took a midseason break, which I would do at some point anyway, but I think it was perfect timing. I just didn't ride my bike for six days after Unbound and when I came back I felt pretty good. I've gotten to the point with myself where I know that I'm going to benefit down the road from taking a break. I know if I don’t, I’ll hit a fitness plateau, and I can’t break out of it by training. I alway say this to coaching clients, but in situations like this, we have to take a step back so that we can take two steps forward.

What is the weirdest thing about you?

I wake up very early in the morning, like at three or four, and I’m starving. So I wake up and eat breakfast, and then usually go back to sleep after that. People sometimes ask if it's a training thing—am I fueling up for a big ride early and then getting some more sleep so that I have optimal fuel for the ride? It's really not. It's honestly probably a bad habit that I just got into, and it's very hard to break. I've tried to break it. I've tried to not go back to sleep but then I just feel very tired later in the day. I tried to just not eat and go back to sleep, but I have a hard time doing that as well. So I don't know. It is weird. But I guess it is helpful for gravel racing because a lot of these races start really early, so I usually don't even need an alarm!