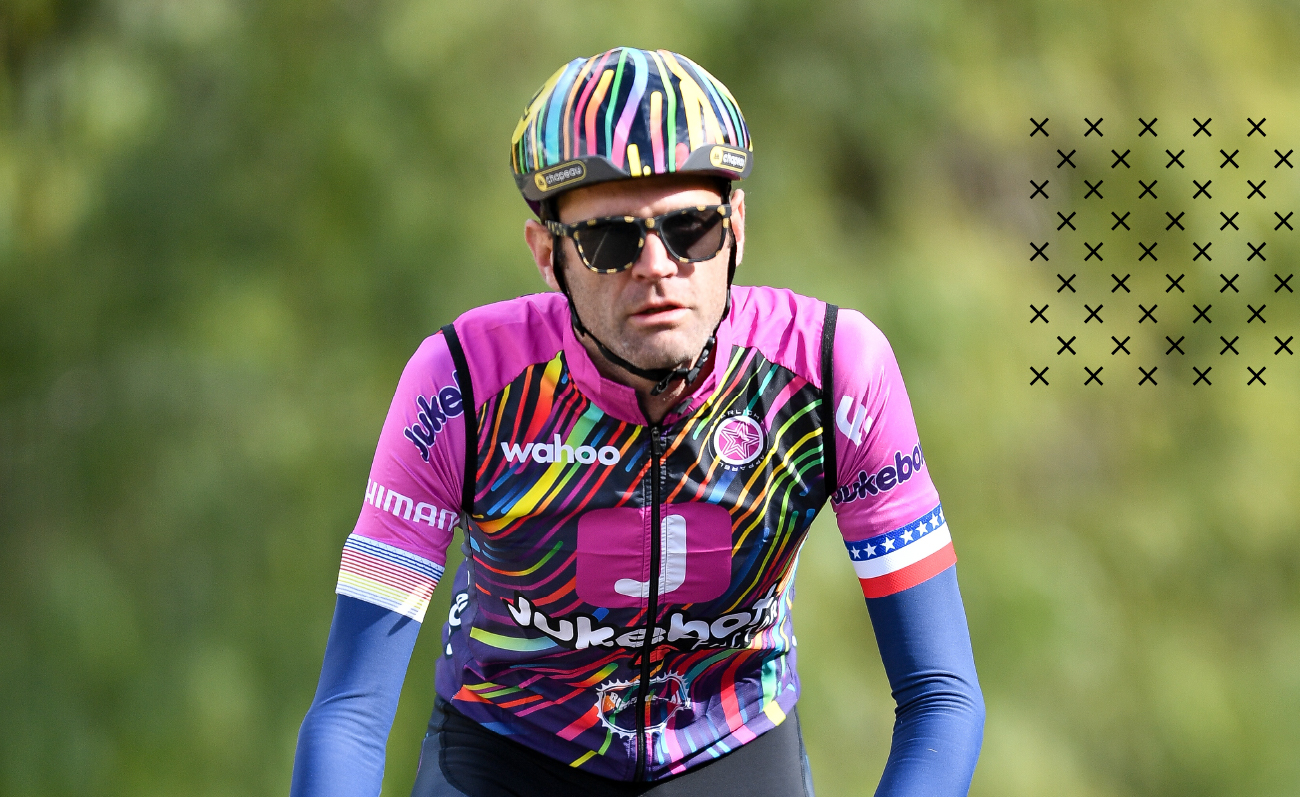 When Phil Gaimon retired from the pro peloton after years on the WorldTour circuit, he didn’t exactly rest on his laurels. Sure, he had raced almost every other major bike race you could think of… but at 30 years old, retirement wasn’t exactly in the cards. Instead, he authored three books, started a podcast, created a cookie-fueled Fondo, and started hunting down Strava KOMs on some of the world’s toughest climbs, sharing the journey on his YouTube Channel. When he refers to it as the ‘worst retirement ever,’ he’s not lying. And he’s also not slowing down (both on and off the bike). In addition to planning a wedding this spring, Phil is also working on a new gravel event and a ’Tour of California’ ride event in the Spring to raise money for No Kid Hungry, and of course, his now-classic Phil’s Cookie Fondo in October.

In high school, I had the school bus route in Atlanta where I grew up that meant I had to leave the house at 6am to take a bus that would go through every neighborhood in the city, and then take me to a shuttle, then change buses again—getting to school took forever. I missed the bus one day, and I didn’t have a ride, so I rode my old Huffy bike to the shuttle. Riding, not even going fast, was half an hour faster than the bus. And so I did that for a couple of months. And then I was like, ‘What if I just ride all the way to school?’ It seemed crazy at the time. It was eight miles. But I did it. That was junior year of high school. I didn’t even tell my parents, I just kept riding to and from school. After that year of riding, I tried to find a bike event to do, and found a bike ride across Georgia. I did that with a couple friends. Then, I went to college in Florida, and all my friends were still in Georgia. So I didn't know anybody, but I figured, ‘I like bikes, I'll join a cycling team and make friends.’ I didn’t have a road bike then, but we sorted that out. The team was really road-racing oriented, and luckily, the team had a great coach, who’s still a friend to this day. I won my first race the next year, and it was the first thing I felt like I was truly good at… And from that, I did several years on the Pro Tour, wrote several books, et cetera. Basically, I made it work.

On the note of how you made it work, how are you currently making it work? I feel like every time I look at your Instagram, there's like another different thing going on.

That’s pretty true. A lot of my work now is with different sponsors, thanks to my YouTube channel. I realized when I was racing that sponsors are spending a ton of money to get seen when someone watches a race like the Tour de France, and I realized I could make really good content for sponsors I want to work with. So, now I get to do fun things with sponsor’s stuff, and that’s my job! I also run the Fondo, and that’s all for charity. I’m on a mission to make myself feel more substantial than racing ever made me feel.

What’s the strangest video you’ve had to do?

In one of my books, I mentioned that I thought that Fabian Cancellara did have a motor in his bike. It became this huge headline for a week, and it really exploded. Like, I was getting death threats and thousands of messages every day. It was messed up. Eventually, he challenged me to a race and I don’t think that he thought I would accept… It was such a dumb idea! But of course, I accepted and flew to Switzerland to race him up this hill. We decided to make it a charity thing where we both picked charities to ride for. It actually ended up being kind of fun! It was kind of cool, seeing how it went from this toxic thing to it being this cool event.

What’s coming up this year for you?

I have to say using my cookie mix. Last year, we couldn't have a real life Cookie Fondo because of the pandemic. So we decide that people should do their own: Wherever you live, do a really fun ride and boom, you're doing the Cookie Fondo. But we wanted to add some value, so we created a guide to how to make your own routes, and a pre-made cookie mix. All you would have to do is add some butter and water and bake it. It’s a step up from generic cookie mix, we used quality ingredients. And most importantly, it’s almost impossible to mess up! When it comes to baking though, it takes some trial and error to figure out exactly when to take a cookie out of the oven. You have to keep an eye on and perfect your process: It's different baking times and temperatures at different altitudes. There are all kinds of factors to it!

What made you want to be part of the Jukebox team?

I really like that this is a team, but it’s not really a team—no two people have the exact same schedule. I’m excited about the people on here, it was an easy decision to be part of it.