Back in October, we chatted with Alexey Vermeulen—who finished 2nd in the Lifetime Grand Prix overall in 2022—about how he and his coach structured the 2022 season, and how they were thinking about the 2023 Series. Now, Alexey is in the 2023 Grand Prix, which has added another 110-mile gravel race to the now-seven race schedule, and it's time to start thinking about building up that base. So, how do you train for an eight month season that includes 40- AND 200-mile events?

How do you talk with your coach about goals?

Lucas and I start thinking about broad goals early. Even back in September, we had a talk about 2023. And obviously, that was before the 2022 season was even over. But starting early helps organize the calendar. I want Lucas to have an idea of what I want to really hit the next year, what I enjoyed and what what I want to do well at again. The 2022 season was a little bit broad in terms of my goals. It was like, 'Hey, I think I want to hit these races well, because they fit me. But the overall overarching goal is to be up there in the Grand Prix.' Now, we can be more specific because we know what the Grand Prix was like, so we can start thinking about 2023's base structure. We knew November, December would be offseason, but then we had to look ahead to 2023 to think about: When are you going to training camp? When are you starting the race season? When are you ending the race season? During the first training camp of the year, we'll start to nail down details like when I want to try to peak, which races I want to really focus on, which technical things I have to work on, that kind of thing.

Has the Grand Prix made planning easier or more difficult?

I think the Grand Prix has offered is this validation structure to us as racers. I think it's really cool that in 2022, we were still in a fight for podium positions in the overall. There are guys only a couple points away from me, and the last race of the series could still make a big difference. Heading into Big Sugar, it's going to be tight until the finish. That's really fun. And it does help to  be able to tell your sponsors that this is what I'm aiming for next year.

How have you and Lucas approached the Grand Prix with the huge difference between races, from 40 to 200 miles?

In 2022, the big goal for me was to build base before Unbound. I wanted to be a little undercooked for the first race at Sea Otter—I climb well, so I didn't think I'd get completely blown away, but even if I did, that was okay, that could be my throw away race. Going into Unbound, you basically have to have all the endurance you need for the entire year. I wanted to make sure I would be in a good place heading into that race, because I figured hopefully Unbound would go well [Alexey finished fourth], but also, I knew that would be an ideal place to be for the rest of the season versus peaking too early. That race leads into the endurance stretch of the year, with the longer gravel and mountain bike races. Once I had the base for Unbound, after that, I could start honing it for specific races: I could set my bike up the way I wanted it for Crusher in the Tushar, I knew I'd need more threshold for that. For Leadville, I knew I'd need more time on the hardtail. So my coach Lucas tweaks the workouts and I tweak the equipment and that ends up with me being pretty mentally prepared for all the different races.

Do you take notes after every race to check in the next season?

I used to have physical notebook for races, but now a lot of it's just on Training Peaks because it's much easier to look back on my phone or computer, and see the data plus the notes. We've been using Training Peaks since 2011, so there's a ton of data on there. I try to make notes about things like what PSI I ran, what was the temperature, did I start with armwarmers, the kind of information that can help on race day. I also can look back at workouts that led up to the race so we can think about if we should tweak the training for the coming year. I like to make little notes to myself, and that way, the next time I do that race, it's easy mentally: I know what I have to do race morning, and there's a whole list that I want to cross off.

Do you ever have to reconfigure goals during the season?

Definitely—even during races sometimes! I think that you have to go in with a plan, otherwise, you have no plan. You can go in and change it, but it's better to have a plan to start with. Being able to adapt to changes is the hardest part of any sport, though, so it's so important to understand how quickly things can change. This past season, Leadville was a great example. For the entire year, I was telling Lucas that I was really going to go for it because in 2021, I got obliterated by that race. I had given it everything, but it's just such a hard race. And I was like, 'This year, I want to finish top five, but I want to be consistent—we're not peaking for it, we're just going in strong but focusing on the Grand Prix overall.' And then, in the middle of the race, I was in that position where I was racing for the podium. That changes everything. I ultimately finished fourth, and even though that had been my original goal, I was frustrated because during the race, my entire mindset changed around what I was racing for. So I had to remind myself at the end that the goal was fifth, and I beat that. In the end, even if things change, you have to be happy with your goal. As things change, whether it's injury or mechanical or anything else, you just have to ask, 'What happened? Could I have changed it? Will I change it next year?' Then, you have to move forward. 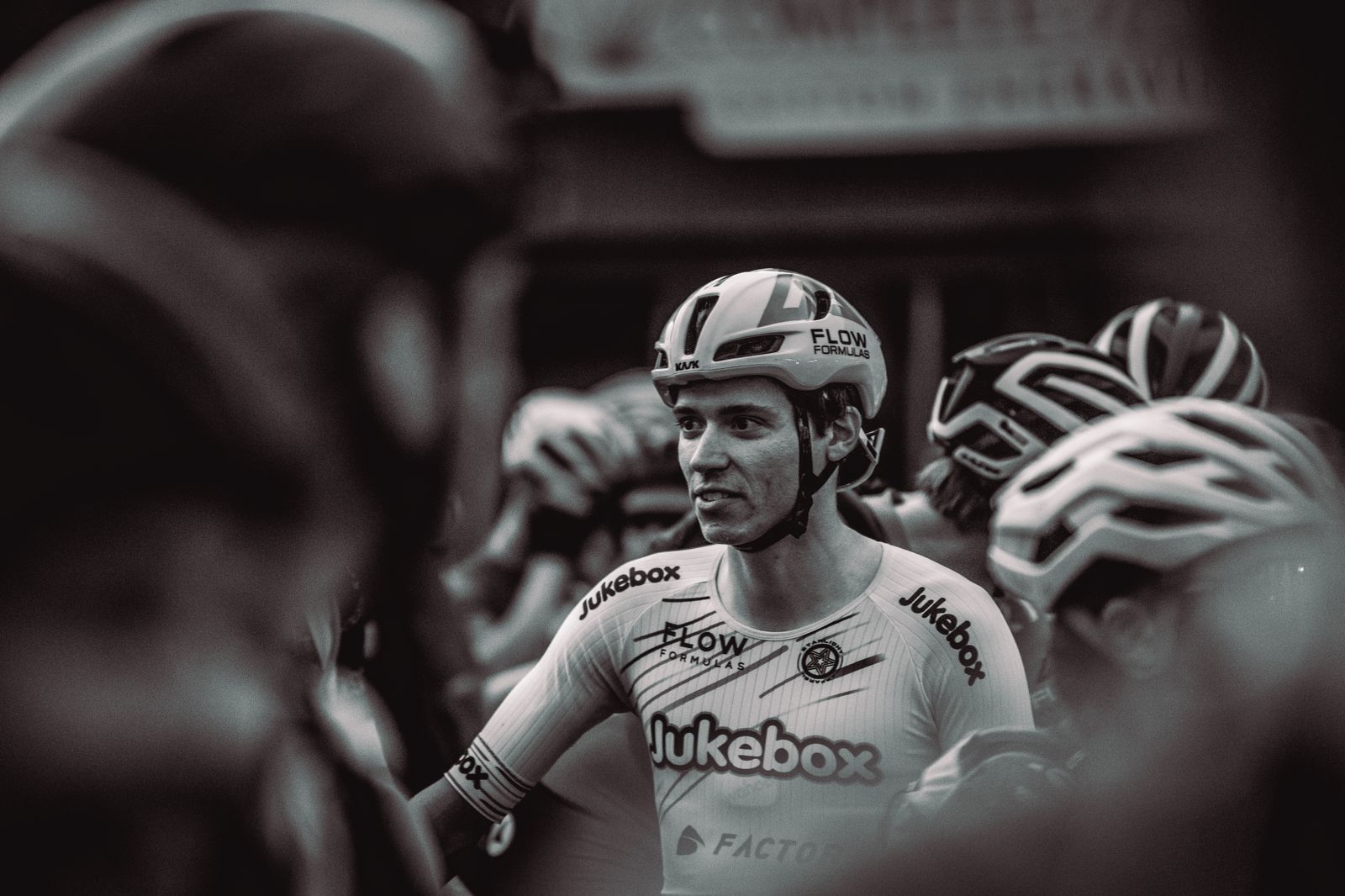 The Secret to Handling a Long Season with Dylan Johnson