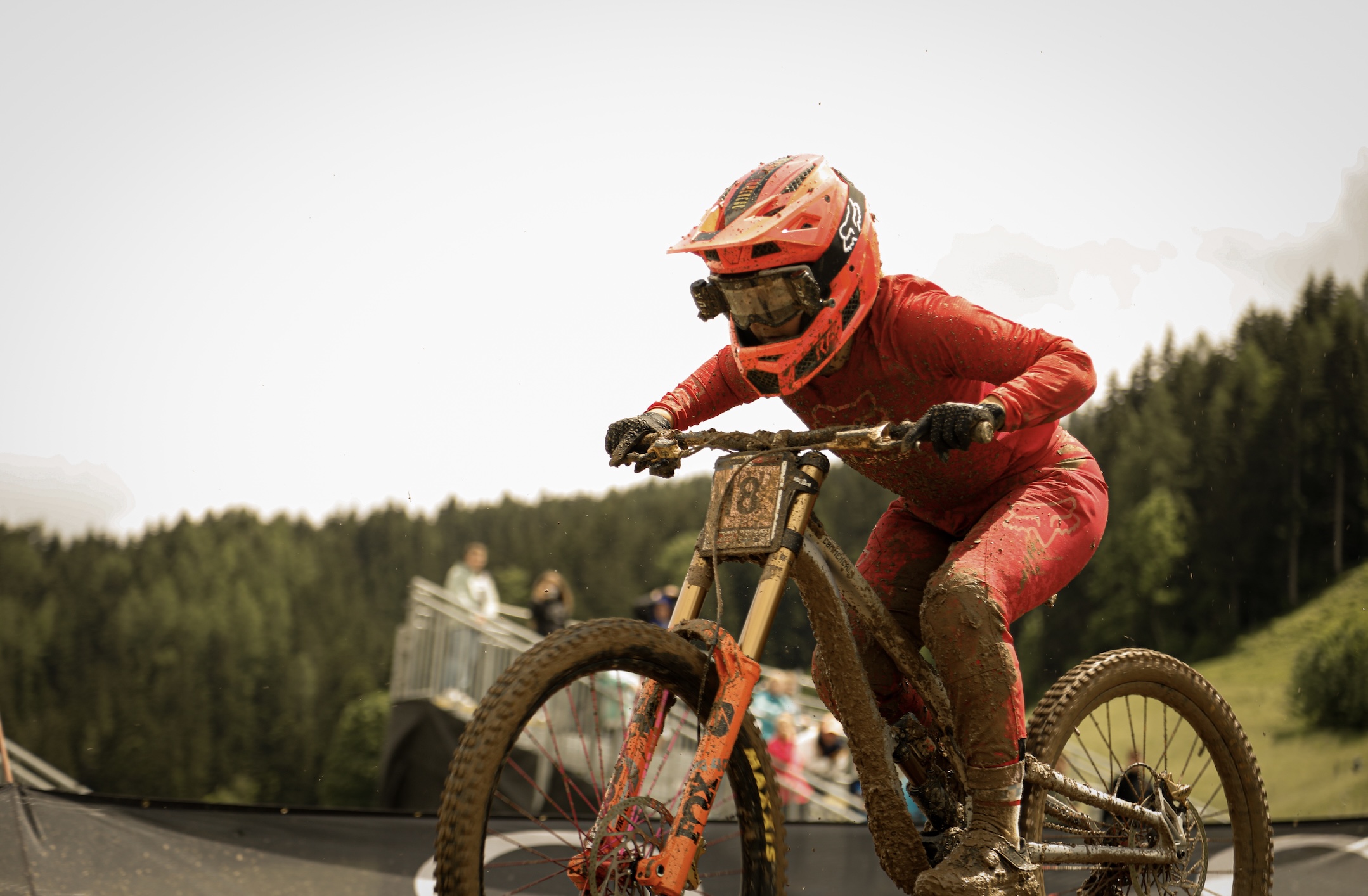 When Rachel Pageau finally made it home for a brief break before heading back to Europe for the next round of World Cup Downhill, we caught up with her to hear all about her last month, including the adventure of her missing bikes, and how she coped with serious roadblocks to her season… Now, she’s back in Europe for more World Cups, and once again missing her luggage. But luckily, she has her bikes, so we’re hopeful she has better luck this time around!

How was getting home?

It was hectic. I had five flights over two days, and traveling right now is really wild because all the restrictions are kind of gone for COVID so everyone is traveling. Airports are super clogged up and crazy. Lines everywhere and all flights are delayed and blah, blah, blah. I didn’t think I was going to make it home, my connections were all super tight and all my flights were delayed. But somehow I made it! I was running to my last flight. I'm only in America for under two weeks because the Lenzerheide World Cup is coming up. But I still wanted to fly home because it's been a hectic trip. So I was like, I need to go home and restock and recover.

Is this the first time you’ve done such a big European block of racing?

I actually originally thought I’d go for nine weeks straight. But then I decided to do it where I’d come back for this quick break. I knew nine weeks would just be really hard to be away and handling all the day to day stuff by yourself. So next week, I'm going back to Europe for two weeks, then flying from Europe to BC for Canadian Nationals, then from BC flying back to the US for Snowshoe World Cup and then Mont Ste Anne in Quebec. Then probably flying back to Whistler for Crankworx. And then back to Europe for another two races. And then back to the US for a race… So it’s going to keep going at this pace for a while!

How are you feeling about that?

It’s stressful, but it's all a decision that I made and I do this every year. I always say I’m going to race less, and  then as we get closer and closer, I start stacking races.

With such a hectic travel schedule, how do you stay race-ready, healthy and recovered at all?

I’m huge on journaling and planning: I have a gigantic planner, and I use it every day. And every day, I just check my to do list and I figure out what I can get done, and readjust other stuff. I also don't train as much in season as I do before the season, because of all the traveling. Mondays, I’m just recovering and catching up on email. Tuesdays, I try to do something like a hike or run or home gym. Then usually Wednesday or Thursday, the racing stuff starts. Every week is pretty similar in a way, even though I go to different events every weekend. It’s still usually a similar format. It's hectic, but in a way that I’m used to.

I've also gotten really good at just going with the flow and rolling with the punches. The last five weeks were crazy, my bikes got lost when I arrived here, but there's no point in freaking out. Yes, it was really annoying. But I did what I could do, I called the airline and I tried to find bikes to rent or a way to build a new bike. A lot of people were like, ‘how are you not freaking out?’ Even my mom was like, ‘I don't think you're stressing enough.’ But I was doing the things that I could do to try to make it better, but stressing out is not going to fix anything. Obviously, there's moments where I was crying. And it was horrible. I missed out on races. But it was still a great trip.

Everything happens for a reason, and things like this just make you a tougher athlete.

What are the healthy habits you try to stick to on the road?

I try to sleep a lot, obviously. If I don't manage to go to bed early, I try to sleep in, or take naps when I can. I’m also making more time to sit and read, which forces me to stay still and relax. I drink a lot of water, smoothies and anything that's hydrating… I obviously drink a lot of coffee too, so I try to balance it with water. I eat a lot of fruits and vegetables, but I eat a lot of pastries, too. I try to keep that in balance. I know what happens when I lose that balance, and it’s not good. And I like to walk a lot whenever I can.

You had to do a lot of course walking since you didn’t have your bikes this trip—did you learn anything?

I always loved doing course walks, but I obviously had to do them more this trip! They’re great since women and juniors have early morning practice, and then in the afternoon is the elite men’s practice. I always try to walk the course after my practice: I get changed, have lunch and water. And then I go back up and I watch the elite men practice. It's really good to see these guys ride. You also get to see the best lines, and you get to see that you’re not the only one struggling on certain features! In Leogang, the course was super hectic, super muddy, and I was feeling really bad about my early practice. But then you go and you watch these guys that are number one in the world, and you see them fall in their head and struggle. And you realize it’s not just you. You see that these guys and top girls, they struggle just as much. And you can also see what they do to have smoother runs.

You’ve been traveling with people and solo the last few weeks—which do you prefer?

The last 10 years, I've been traveling as a privateer racer, so a lot of solo travel, but plenty with groups as well. This year, I've been traveling by myself a lot more on purpose. I like when I rent my own car and have my own plans. At the races, I stay with other people because it does get lonely staying totally solo, but I always keep my own car so I have my own space and can control my own schedule. I like being independent but also making sure I spend a lot of time with other people every day.

This block of racing obviously didn’t go according to plan since you were stuck without your bike: How did you get through it?

It's hard to not be hard on yourself. But at the end of the day, I'm proud of how I was able to roll with the punches and do the best I could on each weekend. Some people may have just given up or headed out on a different vacation or something until their bikes were found, but I just kept showing up to races. I think that shows a commitment to consistency. I think it shows that I love riding my bike and racing.