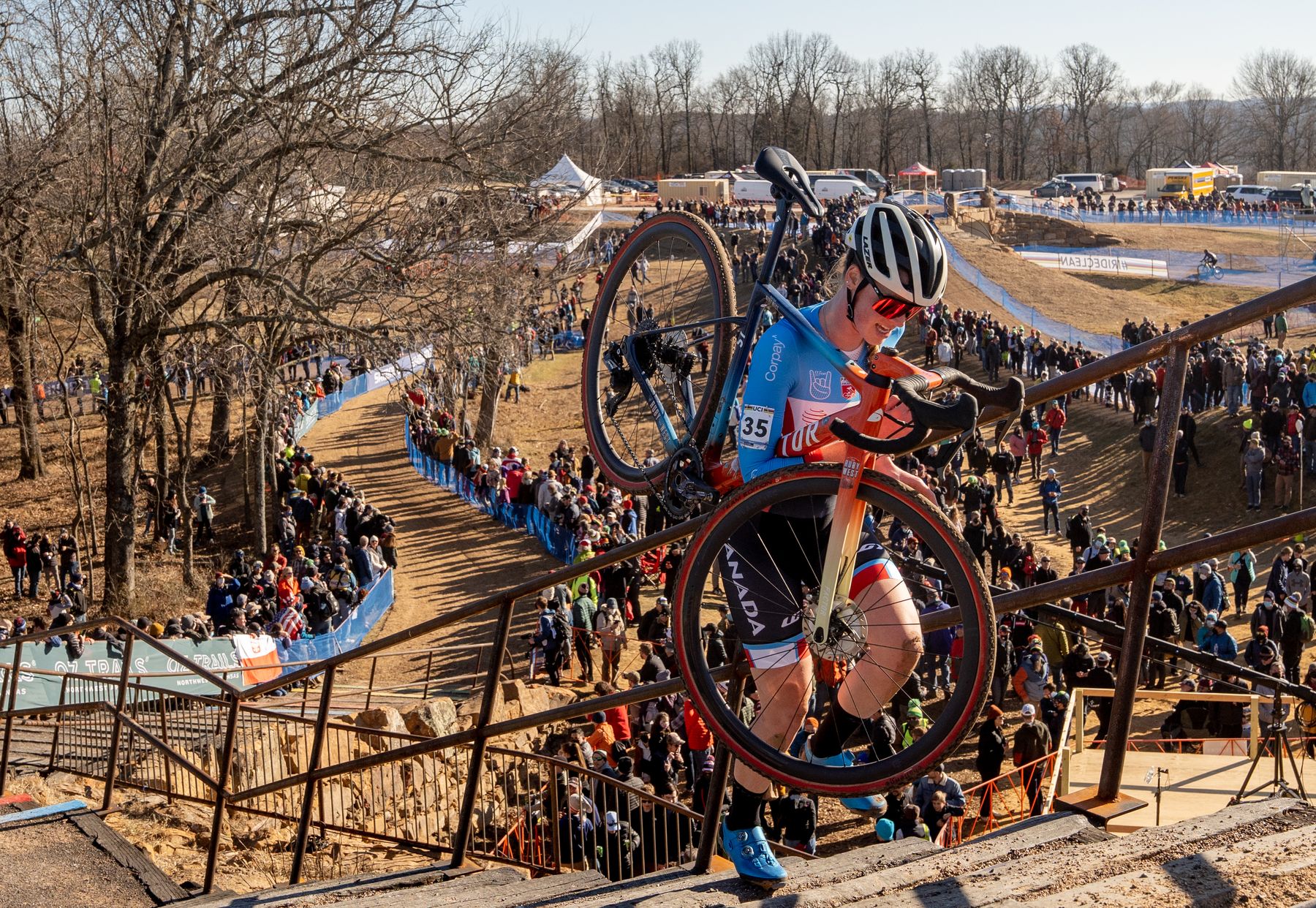 This weekend, Jukebox Cycling's Ruby West competed in her first Cyclocross World Championships as an elite racer. The race was held in Fayetteville, Arkansas, and thousands of fans came out to cheer for the riders. She finished in 23rd, the second Canadian in the field, and is happy with her effort—though now it's all eyes towards prepping for track season. Here, she shares her story alongside of photos by Daghan Perker.

I've been racing in the elite category for World Cups, and in the States for a bunch of years now. And so I think, deep down, I thought that this race wasn't going to be any different. But it was a whole other level.

Being able to pre-ride and follow people like Stephen Hyde from the US made it a lot less stressful, going over the best lines and the technical sections.

I had a piece of tape that reminded me that Smooth is Fast on my top tube—but not covering any of the animal art on the bike!

I was very grateful to have the the 40 on my cassette for that big climb. I ran a 42 front ring and at 40 gear on the back on the cassette. That really helped me get up the climb because I was using that gear pretty much every lap.

I rode on the Challenge Chicane tires. They were really good. It was dry in pre-ride and even more dried race day!

It was hard to stay calm at the start, there were so many fans around—and they were all cheering for the North Americans, and I could understand what they were saying!

I think the adrenaline and the crowds really got me going the first few laps, and deep down, I knew I shouldn't have gone that hard, but I just let it all overtake me.

The climb, for sure was the worst part. But thankfully, that's where most of the people were. So every time going up, you couldn't even hear your heartbeat or hear your thoughts because it was so loud.

There was a lot of screaming. There were seriously rowdy fans out there. Every part of the course had people cheering, so that was really fun.

There was a massive set of stairs. I thought I was moving pretty fast when I was alone, then I was around people and they kept dropping me. People were sprinting up at like their lives depended on it. It was savage and it's a little awkward. The distance and the spacing of the steps at the start was a little too far, so you're kind of like long jumping it to try and get up on the top, and you're tripping over your feet.

Even when you were tired, the fans cheering really pushed you forward.

I'm looking forward to heading into an endurance block to get ready for track... but maybe take a little break first!