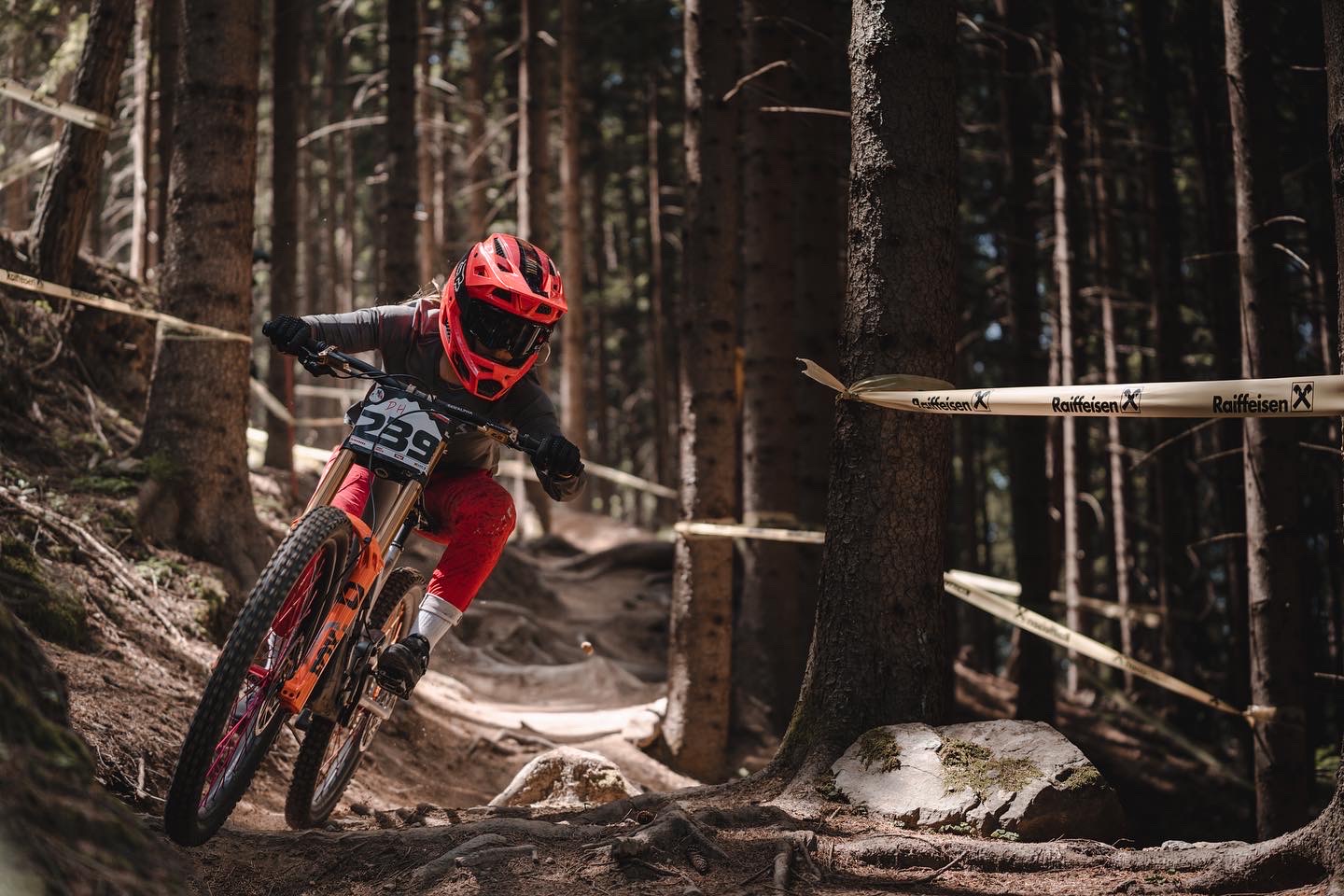 (And she's planning to come back stronger than ever.)

Rachel Pageau has had a rough season so far: After several early season wins and podiums, her first trip to Europe for World Cup downhill races was first interrupted by her bikes getting lost in transit, and—once she finally sourced and rebuilt a new bike—a torn ACL from a crash in training. Then, when she was back stateside, disaster struck again, in this now-viral crash on the slippery course in Snowshoe, WV, where she separated her shoulder. Now, she’s back at home and plotting her next move, figuring out how to make the most of the toughest season she’s ever had.

How is your shoulder now?

I’m feeling pretty good, overall. I finally had a few days to catch up on life at home, but my shoulder is definitely still a problem. My chiropractor says that next week, I can start riding again. So I’ll get in a little bit of riding before I fly over to Europe for Worlds and the last World Cup.

That was a pretty impressive crash at Snowshoe! (Watch it here)

It's probably one of the scariest crashes I've taken. I've had a couple of worst ones, but this one. I felt like I just kept falling. And it happened so fast: I didn't really see it coming. I should be happy that I've gotten away with it pretty easily. The shoulder hurts, but it’s not that bad. It’s just a small separation. I didn’t realize that shoulders are some of the most painful joints to hurt, though! I wake up every morning because it hurts. And I’m good with pain! I tore my ACL and was racing the next weekend. But now, I go pick up my bikes from the garage to wash them and it’s exhausting and it hurts.

It seems like this season, the hits have just kept coming for you.

It really has. I’m feeling better about it now, but I needed this past week at home. It felt like the hits have just kept coming, despite the fact that I was more prepared for this season than I ever have been before. I have more support, I could be more focused. But then, the bikes got lost. And that was a whole thing trying to get them back, so much time wasted dealing with the airlines. Then, with these crashes, it’s not just resting and recovering, I’ve had to se doctors and specialists, and then deal with all the insurance stuff on top of that. It’s been really hard to do that stuff on top of then coming back to training and trying to plan everything for the rest of the season. When I got back home, I knew I needed to just stay here until I could clear my to-do list and get back on top of everything. And finally, it feels like I am. And that feels like a million pounds are lifted. So now, I’m excited to get going again.

How do you reframe the season, when your original goals are obviously shifted after these injuries?

When you set goals at the beginning of the season, you set big goals that you know you may not reach. That’s the point of goals! And it’s hard now because obviously, things really went completely off track. But I'm actually super pumped to go back to these last two races, even though like I'm a bit worried my knee and my shoulder. It's not going to be 100 percent. But the thing is, everyone has hit the deck at some point this season, and no racers are showing up to Worlds at 100 perfect. Everybody's taking these crashes. It's downhill racing. It's so gnarly and everybody’s gotten half mangled but they’re still showing up to races. Everyone is tired, everyone is dealing with some kind of injury or something. But we all still love racing. I’m not going to throw in the towel, I’m just going to show up and give it whatever I have.