What Dylan Johnson Has Learned About Rest + Recovery This Season 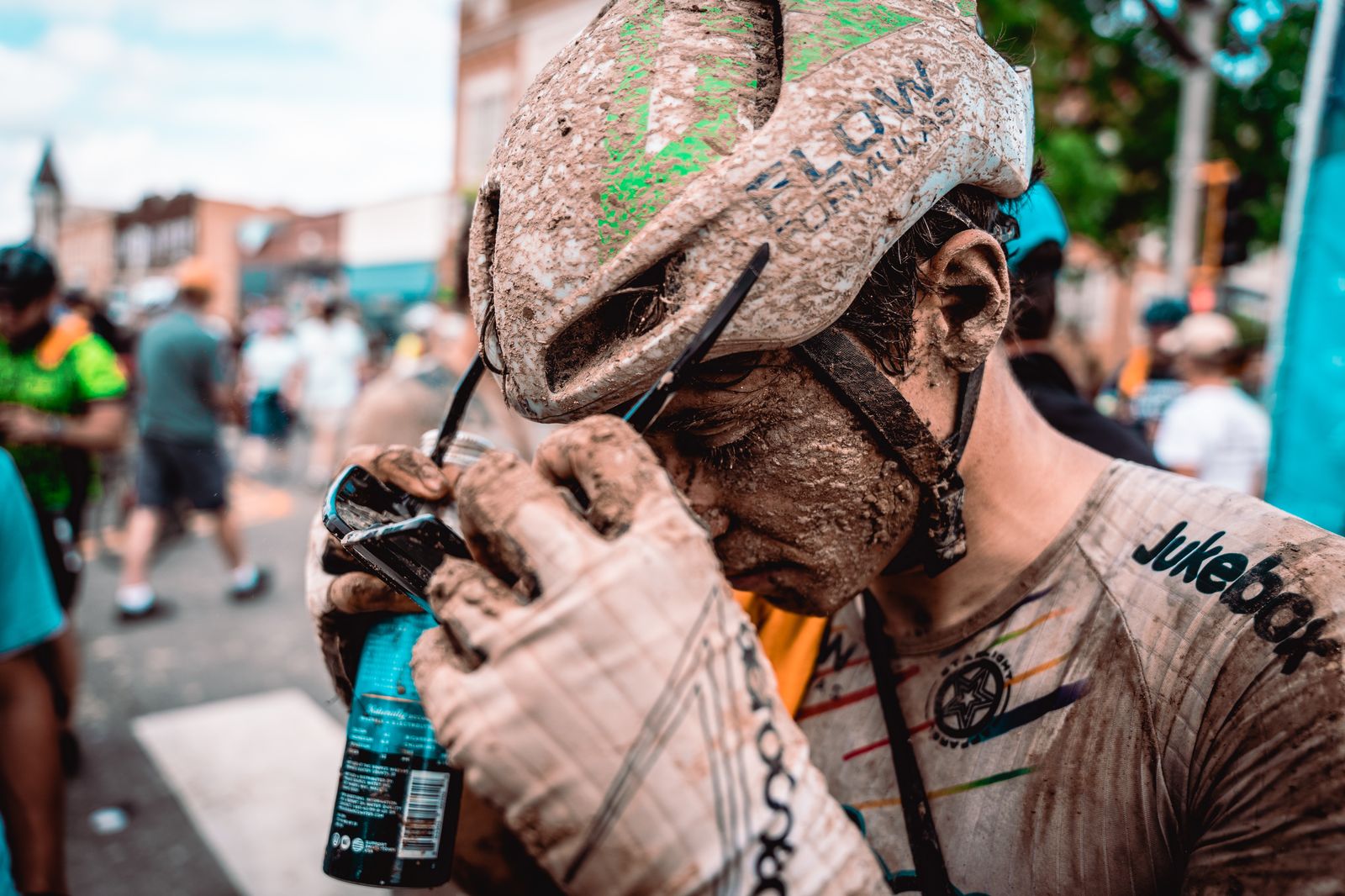 After racing nearly every weekend since the gravel season started in late February, Dylan Johnson is finally ready for a break. In fact, while he had already planned a week off the bike after BWR Asheville, the Brevard-based rider realized it wasn’t just a good idea, it was a necessity. After so much racing and traveling, his body was warning him it was time to take some serious recovery. He headed into his recovery week and almost instantly found himself leveled with a bad cold—at almost the exact same time his Jukebox teammate Adam Roberge, who’d also raced a lot early this season, found himself down for the count with COVID. Here, Dylan’s talking to us about what he’s learned from the last few months, and how he’s come to more fully understand the importance of time off:

How are you doing now, after back to back races at Unbound and BWR?

I've been sick for the past two or three days. I was pretty smoked after the BWR race. Honestly, I was pretty useless because I just was so tired from the race, so for about two days, I did almost nothing. I had one good day midweek, but since then, I’ve been sick. It’s been rough!

You’ve been racing most weekends since March—did you expect to need a break at around this point?

I think I probably over-raced a little bit, but with the race calendar, it’s hard not to. I was having a hard time saying no, and I definitely should have been saying no to some more of the races.

If you could give yourself some advice three months ago, would you have started this season later or skipped more races?

Now that you are pausing for a rest, how are you feeling about how the season so far?

I'm feeling good about it. It's interesting: I feel like my results aren't quite as on par with what they were last year. But if you look at my power numbers from races, they're pretty much the same as they were last year. I think that the competition in these gravel races is just continually going up and up and up. The fitness that would have gotten you a top five last year isn’t even enough to crack the top 10 this year. Still, I'm pretty happy with how I performed so far. I think I probably could have chilled on doing every single race that was out there. And maybe I would have performed a little bit better.

Were there any points where you realized you needed more recovery?

I had a three weeks between Gravel Locos and Unbound, and in an ideal world I would have gotten in some solid training to be ready for Unbound, but the reality was that I was super tired, so I just did a whole lot of recovering and then tapering.

What advice are you giving athletes who who are coming back from races and are feeling a little under the weather?

My advice when people get sick depends on how sick they are. But most of the time, the answer is just to take time off the bike until you're better. Because if you don't, you're going to prolong the sickness. I've learned this from personal experience. When I first starting racing, I would literally have a cold for a month because I was too stubborn to stop training. Now, taking a break is the advice I give, and that is absolutely the advice I'm taking right now. Obviously, you never want to get sick, but it's actually probably the perfect time for me to get sick because I was going to take a week off of the bike anyway. And it just so happens that I got sick during my week off.

So, being sick might be helping you stick to your off week?

Exactly. The people that I coach, if they're motivated, it's very hard for them to actually take time off. I'll tell them to take a week off, and then I look on their Training Peaks and see that they’re out on these ‘easy spins.’ But it wasn't a week for easy spins. It was a week off. I understand why they do it, and I’m trying not to do the same.

Out of all of your results this season, which are you the happiest about?

I had a couple of wins in smaller races, and I think it's important to have those within the season. I think otherwise you almost forget how to win. But those weren’t my favorites, necessarily.

I was very pleased with how Unbound went: It was the best executed Unbound that I've ever done. But it was also my worst Unbound result. The first time I raced it, I was bonking and cramping and all sorts of bad things. I sat on the side of the road for 10 minutes at one point. And somehow that year, I ended up ninth. But that was back in 2018. I think just goes to show how high the level of competition has gotten. This year, I had no major mechanicals and my pacing was very good. I didn’t crack at any point. So I'm very pleased from that perspective.

If there's a result this year that I'm probably the most proud of, it is probably the Croatan 150, which isn't a super big race, but last year’s Unbound winner, Ian Boswell, was there. It literally came down to sprint finish between us. I didn't get him into sprint, but it was the closest that I've ever been to beating someone of that caliber. That's probably my best performance so far this year.

Any tips for anyone who's racing and hasn't had to travel yet?

It seems like travel is completely back to normal at this point. But it feels a little more stressful, for sure. If you're traveling with the bike, obviously, have a good bag and double check that everything is wrapped and secure. I like to give myself plenty of time to pack the bike as opposed to rushing it both flying out and coming home. When you're rushing it, that's when you don't do it as carefully and then you open your bag and something's broken. Remember, they're not going to treat your bag nicely at all.

And eating and drinking on travel days is important, especially if you’re coming in tight to the race. Sometimes I find that on a travel day don't eat enough. I usually find that by the time I get to wherever I'm going, I'm absolutely starving, because I haven't eaten all day, which is not optimal if you got a race coming up in two days. Bring snacks with you!